From the author of The Goodbye Man, discover Jeffery Deaver's chilling series that is now a major NBC TV series The third of the bestselling Lincoln Rhyme series sends the detective deep into North Carolina on the trail of a desperate kidnapper... You've followed a killer into a swamp Hopefully you'll find him before he gets to his next victims But you'd better watch out - The Insect Boy doesn't need his own hands to kill... Sick of his debilitating injuries, Lincoln Rhyme has travelled to a world-famous spinal cord injuries center in North Carolina for some risky, experimental surgery. It may make him a tiny bit better; it may kill him. But before he has a chance to undergo the operation, the local police department draft Rhyme and his partner Amelia into a shocking new case. Using their forensic skills the pair desperately try to track down two women kidnapped by a psychotic young man known locally as the Insect Boy. After a cat-and-mouse game through the abandoned swamps of North Carolina, Lincoln and Amelia finally manage to find him - except suddenly Amelia, convinced of his innocence, breaks the boy out of jail. And it's left to Lincoln to find them both, while Amelia uses all the skills her mentor and lover has taught her to evade him. But her actions are to have more disastrous consequences than either of them could anticipate ... 'The most creative, skilled and intriguing thriller writer in the world . . . [Deaver] has produced a stunning series of bestsellers with unique characterisation, intelligent characters, beguiling plots and double-barrelled and sometimes triple-barrelled solutions.' Daily Telegraph 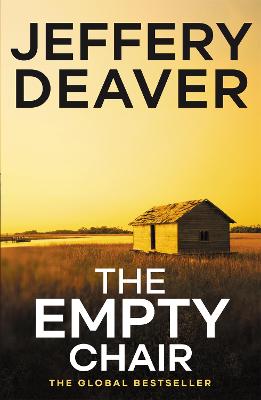 Jeffery Deaver is the award-winning author of three collections of short stories and 32 internationally bestselling novels, including the 2011 James Bond novel Carte Blanche. He is best known for his Lincoln Rhyme thrillers, which include the number one bestsellers The Vanished Man, The Twelfth Card and The Cold Moon, as well as The Bone Collector which was made into a feature film starring Denzel Washington and Angelina Jolie. The first Kathryn Dance novel, The Sleeping Doll, was published in 2007 to enormous acclaim. A three-time recipient of the Ellery Queen Reader's Award for Best Short Story of the year, he has been ...