Part of the Program Series

In this gripping tale for lovers of dystopian romance (Kirkus Reviews), true feelings are forbidden, teen suicide is an epidemic, and the only solution is The Program. Sloane knows better than to cry in front of anyone. With suicide now an international epidemic, one outburst could land her in The Program, the only proven course of treatment. Sloane's parents have already lost one child; Sloane knows they'll do anything to keep her alive. She also knows that everyone who's been through The Program returns as a blank slate. Because their depression is gone-but so are their memories. Under constant surveillance at home and at school, Sloane puts on a brave face and keeps her feelings buried as deep as she can. The only person Sloane can be herself with is James. He's promised to keep them both safe and out of treatment, and Sloane knows their love is strong enough to withstand anything. But despite the promises they made to each other, it's getting harder to hide the truth. They are both growing weaker. Depression is setting in. And The Program is coming for them. *Strong Voice This story sucks you in before you have a chance to say QuikDeath. It's packed with emotion, a seedy underbelly, a hot romance, and a fresh, fast-paced plot. *Smart Approach Fits into that hot new near-future category... reads as realistic/contemporary, but with darker shades of pre-apocalyptic, grounded by a steamy and desperate romance. *Irresistible, Threatened Love Sloane and James are the perfect match with intense chemistry and an us-against-the-world vibe. *Look for the Conclusion The Program will leave readers clamoring for the conclusion, The Treatment and will include a teaser chapter to that title. The Program is the first book in a series of six. *Tricky Love Triangle With The Program comes a new boy who's tall, dark, handsome... and hiding something? *Powerful topic Suicide is unfortunately prevalent and topical.

[A]n entertaining, and compelling read. * VOYA * Young's book is unrelentingly emotional and dark . . . [and] confronts readers with questions about whether the past or the present defines a person, while make[ing] a strong case for the value of all memories, good and bad. * Publishers Weekly * The uncomfortable mix of the good intentions and horrific outcomes of The Program is chilling, and will likely haunt readers as a slightly-too-plausible path adults would choose to save their teens. * The Horn Books * For lovers of dystopian romance, this gripping tale is a tormented look at identity and a dark trip down Lost-Memory Lane. * Kirkus Reviews * *STARRED REVIEW* With this powerful psychological drama, Young contributes a unique, attention-worthy standout from the crowd of young adult dystopias. * BCCB * *STARRED REVIEW* Readers will devour this fast-paced story that combines an intriguing premise, a sexy romance, and a shifting landscape of truth. With big questions still unanswered and promising twists, this first volume in a new series will leave readers primed for more. * Booklist *

Suzanne Young is the New York Times bestselling author of The Program series. Originally from Utica, New York, Suzanne moved to Arizona to pursue her dream of not freezing to death. She is a novelist and an English teacher, but not always in that order. Suzanne is also the author of Girls with Sharp Sticks, All in Pieces, Hotel for the Lost, and several others novels for teens. Visit her online at AuthorSuzanneYoung.com or follow her on Instagram at @AuthorSuzanneYoung. 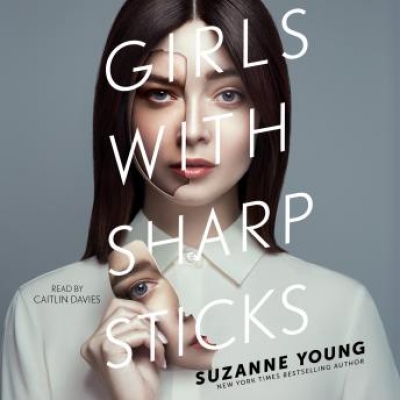 View All Books By Suzanne Young