The Last Days of Leda Grey

A bewitching novel about an enigmatic silent film actress, and the volatile love affair that left her a recluse for over half a century - for fans of Sarah Waters and Tracy Chevalier. During the oppressive heat wave of 1976 a young journalist, Ed Peters, finds an Edwardian photograph in a junk shop in the seaside town of Brightland. It shows an alluring, dark-haired girl, an actress whose name was Leda Grey. Enchanted by the image, Ed learns Leda Grey is still living - now a recluse in a decaying cliff-top house she once shared with a man named Charles Beauvois, a director of early silent film. As Beauvois's muse and lover, Leda often starred in scenes where stage magic and trick photography were used to astonishing effect. But, while playing a cursed Egyptian queen, the fantasies captured on celluloid were echoed in reality, leaving Leda abandoned and alone for more than half a century - until the secrets of her past result in a shocking climax, more haunting than any to be in found in the silent films of Charles Beauvois. 'A richly evocative story, brimming with intrigue and suspense' M.L. Stedman, author of THE LIGHT BETWEEN OCEANS 'Leda Grey's world is utterly beguiling' THE TIMES Book of the Week

Fox's vivid, sensual prose is - fittingly - as seductive as a siren's song, drawing you into a shadowy Victorian world of obsession and guilt... An intoxicating follow-up to 2011's acclaimed The Somnambulist. Recommended to fans of Sarah Waters * HEAT * I loved this book and recommend it to anyone looking for a delightfully immersive and imaginative spell in the past * Martine Bailey, author of AN APPETITE FOR VIOLETS * A fabulous foray into a shadowy Victorian world * WOMAN & HOME * A richly textured, highly coloured and entirely pleasurable read * METRO * Fox's tale of obsessive love is memorable and unusual * THE SUNDAY TIMES * A deliciously eerie affair... A story of obsession, jealousy, mysterious deaths and theatrically supernatural goings-on as very strange truths are tantalisingly revealed * SUNDAY EXPRESS * An obvious comparison is with early Sarah Waters. The glee with which Fox approaches her material is infectious. All Victorian life is here. Intriguing * THE GUARDIAN * A wonderfully creepy tale. Leda is a triumph * Vanessa Lafaye, author of Summertime * Shades of Sunset Boulevard in this atmospheric chiller * WOMAN&HOME * Darkly sparkling. Very much enjoyed my days in Leda's twilight world. Doubt I'll sleep all that well tonight... * Anna Mazzola, author of The Unseeing * Macabre, transporting, thick with atmosphere and allusion * Morgan McCarthy, author of The Other Half Of Me * Dark, haunting, compelling... equal to DuMaurier's novels - this book held me in its grip. Loved it. * Liz Fenwick, author of The Cornish House * Leda Grey's world is utterly beguiling -- Antonia Senior * THE TIMES * A richly evocative story, brimming with intrigue and suspense * M. L. Stedman, author of THE LIGHT BETWEEN OCEANS *

Essie Fox divides her time between Windsor and Bow in the East End of London. Her debut novel, THE SOMNAMBULIST, was selected for the Channel 4 Book Club and was shortlisted in the New Writer of the Year category of the 2012 NATIONAL BOOK AWARDS. She is the author of The Virtual Victorian: www.virtualvictorian.blogspot.com 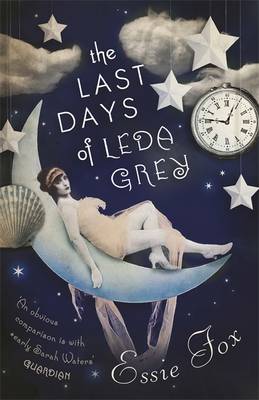 View All Books By Essie Fox