I Know a Secret

Part of the Rizzoli & Isles Series

I Know a Secret Synopsis

'Expect a white-knuckle ride to very dark places.' Paula Hawkins When a young woman is found dead, Detective Jane Rizzoli and Forensic Pathologist Maura Isles are called to the scene of the murder. Though the body bears startling wounds, the actual cause of death is not immediately clear. A few days later, another body is discovered - a seemingly unrelated crime, but the lack of an obvious cause of death shows they have more in common than it would first appear. As Rizzoli and Isles race to discover the link between the victims before the killer can strike again, a mysterious person watches from the sidelines. She has the answers they're looking for. But she knows she has to stay quiet, if she wants to stay alive . . . 'A fast-paced, dark, edgy mystery/thriller filled with unremitting suspense.' Huffington Post 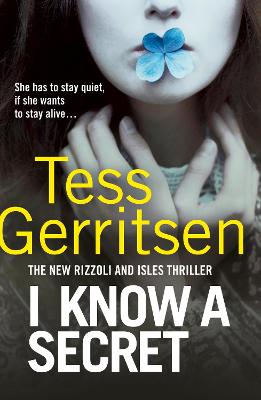 Bestselling author Tess Gerritsen is also a physician, and she brings to her novels her first-hand knowledge of emergency and autopsy rooms. Her thrillers starring homicide detective Jane Rizzoli and medical examiner Maura Isles inspired the hit TV series Rizzoli & Isles. But Tess's interests span far more than medicine and crime. As an anthropology student at Stanford University, she catalogued centuries-old human remains, and she continues to travel the world, driven by her fascination with ancient cultures and bizarre natural phenomena. For more information on Tess Gerritsen and her novels, visit her website: www.tessgerritsen.com

View All Books By Tess Gerritsen