Jane Charlotte has been arrested for murder. During questioning, she tells the police that she is a member of a secret organisation. Her division, the Bad Monkeys, is an execution squad, determined to rid the world of evil people. But the man she has just killed was not on the target list. As her story becomes more bizarre the question becomes: Is Jane lying, crazy - or playing a different game altogether? 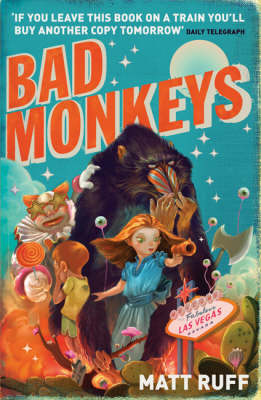 Matt Ruff is the author of the critically-acclaimed Set This House In Order as well as two previous novels, Fool On The Hill and Sewer, Gas & Electric: The Public Works Trilogy. He lives in Seattle.

View All Books By Matt Ruff