'Andrew Taylor is a master story-teller' Daily Telegraph From the No.1 bestselling author of The Ashes of London and The Fire Court, this is the fourth instalment in the acclaimed Lydmouth series The Korean war rumbles in the background throughout this novel as a reporter is found murdered at the Bathurst Arms, squatters are evicted from a military camp and there are new developments in the three-year-old hunt for a missing teenager. And in spite of all that's going on, Jill Francis, a local journalist, and DI Richard Thornhill find they can no longer resist their feelings for each other. 'An excellent writer. He plots with care and intelligence and the solution to the mystery is satisfyingly chilling' The Times 'The most under-rated crime writer in Britain today' Val McDermid 'There is no denying Taylor's talent, his prose exudes a quality uncommon among his contemporaries' Time Out 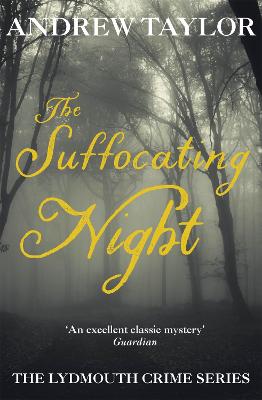