A CLASSIC COLLECTION OF JOHN MORTIMER'S ICONIC CHARACTER, DISCOVER THE FIRST RUMPOLE OMNIBUS! 'One of the great comic creations of modern times' Evening Standard 'Rumpole, like Jeeves and Sherlock Holmes, is immortal' P. D. James, Mail on Sunday Who rose to enduring fame on Blood and Typewriters? Who told the pregnant Portia of the Chambers it would come out in the end? Who advised Guthrie Featherstone, Q.C. to adopt a more judicial attitude? The answer is barrister Horace Rumpole.His legal triumphs, plundering sorties into the 'Oxford Book of English Verse' and less-than-salubrious hat are celebrated in the first omnibus, including Rumpole of the Bailey, The Trials of Rumpole and Rumpole's Return. John Mortimer's hilarious Rumpole, which fans of Sherlock Holmes and P.G. Wodehouse will love, sees the magician of the Old Bailey at his unpredictable and brilliant best. 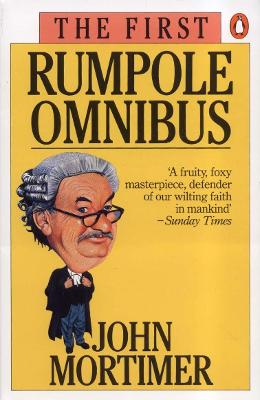 John Mortimer is a novelist, playwright and former practising barrister. Among his many publications are several volumes of Rumpole stories and a trilogy of political novels (Paradise Postponed, Titmuss Regained and The Sound of Trumpets) featuring Leslie Titmuss - a character as brilliant as Rumpole. John Mortimer received a knighthood for his services to the arts in 1998. He lives near Henley-on-Thames.