Twenty years out of the combat zone, hidden from killers, but now fate has thrust Alex Crawford back into the front line. Though he is an aid worker, the secret service minders who have protected him for twenty years have reactivated him: they want information about the man who perpetrated a massacre in a Muslim village in Bosnia. His target is the most ruthless killer in the whole war zone: Milan Pravic, codename the Scorpion. And the only eyewitness to the massacre is a twelve-year-old girl whom Pravic will do anything to silence- 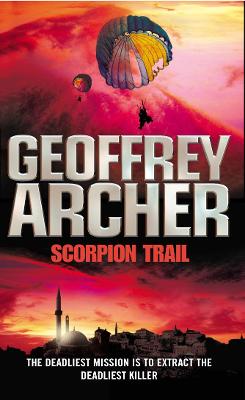 Geoffrey Archer's gripping thrillers are inspired by a deep knowledge of international intrigue gathered during more than 25 years of reporting for ITV's News at Ten. His other international bestsellers include: Java Spider, Eagle Trap, Shadow Hunter and Sky Dancer.