September 1613. In Belvoir Castle, the heir of one of England's great noble families falls suddenly and dangerously ill. His body is 'tormented' with violent convulsions. Within a few short weeks he will suffer an excruciating death. Soon the whole family will be stricken with the same terrifying symptoms. The second son, the last male of the line, will not survive. It is said witches are to blame. And so the Earl of Rutland's sons will not be the last to die. Witches traces the dramatic events which unfolded at one of England's oldest and most spectacular castles four hundred years ago. The case is among those which constitute the European witch craze of the 15th-18th centuries, when suspected witches were burned, hanged, or tortured by the thousand. Like those other cases, it is a tale of superstition, the darkest limits of the human imagination and, ultimately, injustice - a reminder of how paranoia and hysteria can create an environment in which nonconformism spells death. But as Tracy Borman reveals here, it is not quite typical. The most powerful and Machiavellian figure of the Jacobean court had a vested interest in events at Belvoir.He would mastermind a conspiracy that has remained hidden for centuries. 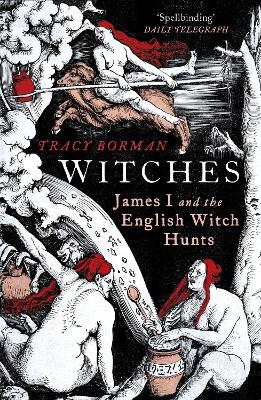 Tracy Borman studied and taught history at the University of Hull and was awarded a PhD in 1997. She went on to a successful career in heritage, and is now Chief Executive of the Heritage Education Trust and interim Chief Curator of Historic Royal Palaces. Tracy is the author of a number of highly acclaimed books, including Matilda: Queen of the Conqueror and Elizabeth's Women, which was Book of the Week on Radio 4.She regularly appears on television and radio, and is a contributor to BBC History Magazine.Tracy gives public talks and lectures across the country on a wide range ...

View All Books By Tracy Borman