A promising young research fellow for a venerable think tank in Zurich has just filed his last report, as he is forced into a ghastly experiment. A seductive young woman travels to Florida and from her hotel room coolly sharpshoots a dying old man in a wheelchair. A psychologist who helps patients confront and dispel past trauma through hypnosis battles his own silent but emergent demons. In Trance State John Case combines these elements into a pulse-pounding, mind-twisting new thriller. Just what is the connection between the research fellow, the young assassin and the psychologist? After the young woman kills herself, why should her sister trust anyone who might have been involved with her? When unknown assassins burst into the psychologist's office, who is their target - him or the young woman's sister? Where is the deadly trail into the CIA's mind-control experiments leading them? Could this be another trap? Or could they be about to unearth a great and secret conspiracy at the heart of the Intelligence communities around the world and the deadly, dangerous people they employ? 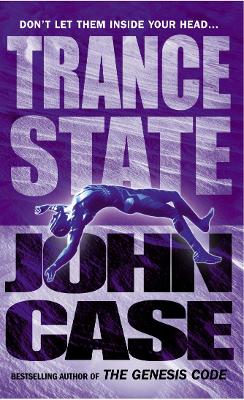 John Case is the pseudonym for the husband and wife writing team of Jim and Carolyn Hougan, both published authors in their own right. After Carolyn died in 2007, Jim left Washington and now lives in Aston, Virginia. For many years Jim Hougan has been a journalist specialising in intelligence issues. He has published widely in the field and has made several accalimed documentaries for US programmes including 60 Minutes. John Case is the author of six thriller novels including the New York Times bestseller, The Genesis Code.