300 years before A Game of Thrones, an even greater game began, one that set the skies alight with dragon flame and saw the Seven Kingdoms turned to ash. So began the Targaryens' bloody rule, with fire and blood. Setting brother against brother, mother against daughter, and dragon against dragon. Chronicled by a learned maester of the Citadel, this thrilling and bloody history of Westeros tells the story of where the battle for the Iron Throne began...

'A masterpiece' SUNDAY TIMES 'An epic take, viewed from soaring heights' DAILY MAIL 'A feast of pure imagination' SFX 'The sheer detail of the richly layered world [Martin] has created is astonishing, with narrative twists and turns aplenty' SUNDAY EXPRESS PRAISE FOR A SONG OF ICE AND FIRE: 'Of those who work in the grand epic fantasy tradition, Martin is by far the best' TIME MAGAZINE 'Colossal, staggering...Martin captures all the intoxicating complexity of the Wars of the Roses or Imperial Rome' SFX 'Martin's style is so vivid that you will be hooked within a few pages' THE TIMES 'I always expect the best from George R.R. Martin and he always delivers' ROBERT JORDAN

George R.R. Martin is the #1 New York Times best-selling author of many novels, including those of the acclaimed series A SONG OF ICE AND FIRE - now adapted as the worldwide television phenomenon GAME OF THRONES. He lives in Santa Fe, New Mexico. 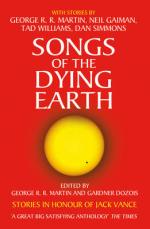