'The year's best thriller' The Times, Books of the Year The explosive, highly anticipated conclusion to the epic Cartel trilogy from the New York Times bestselling author of The Force The war has come home. For over forty years, Art Keller has been on the front lines of America's longest conflict: The War On Drugs. Now elevated to the highest ranks of the DEA, Keller finds himself surrounded by an incoming administration that's in bed with the very drug traffickers that Keller is trying to bring down. From the slums of Guatemala to the marbled corridors of Washington, D.C., Winslow follows a new generation of narcos, cops, addicts, politicians, and mere children fleeing the violence for the chance of a life in a new country. The Border is an unflinching portrait of modern America, a story of - and for - our time. 'A huge, immersive, violent, compassionate read' Ian Rankin 'Hugely entertaining' Stephen King 'Brutal and brilliant, this is crime's Game of Thrones' Sun 'One of the great literary achievements of the century so far' Daily Telegraph 'Such crime writing deserves nothing less than a Pulitzer Prize' Evening Standard 'A new crime classic ... a stirring, stupendous novel' Sunday Times 'He is a pleasure to read' The Times 'A furious, impassioned novel' Washington Post 'Devastating and timely ... a hybrid The Godfather and War and Peace' New York Times 'A gift to all discerning crime readers' Financial Times 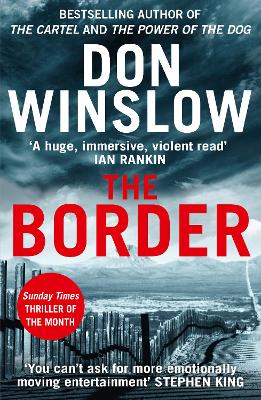 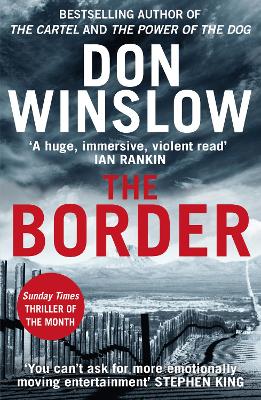 Don Winslow is author of nineteen acclaimed, award-winning, international bestsellers - including the No.1 international bestseller The Cartel, The Power of the Dog, The Force, Savages, and The Winter of Frankie Machine. Savages was made into a critically acclaimed film by three-time Oscar winner Oliver Stone. The Cartel is scheduled to begin production in 2019 and The Force has been adapted by Pulitzer Prize winner David Mamet and Oscar nominee Scott Frank for director James Mangold and 20th Century Fox. A former investigator, anti-terrorist trainer, and trial consultant, Winslow lives in California.