Part of the The Sharpe Series Series

Richard Sharpe, asked to help an old friend, meets, at last, the greatest enemy. Five years after the Battle of Waterloo, Sharpe's peaceful retirement in Normandy is shattered. An old friend, Don Blas Vivar, is missing in Chile, reported dead at rebel hands - a report his wife refuses to believe. She appeals to Sharpe to find out the truth. Sharpe, along with Patrick Harper, find themselves bound for Chile via St. Helena, where they have a fateful meeting with the fallen Emperor Napoleon. Convinced that they are on their way to collect a corpse, neither man can imagine that dangers that await them in Chile... Soldier, hero, rogue - Sharpe is the man you always want on your side. Born in poverty, he joined the army to escape jail and climbed the ranks by sheer brutal courage. He knows no other family than the regiment of the 95th Rifles whose green jacket he proudly wears. 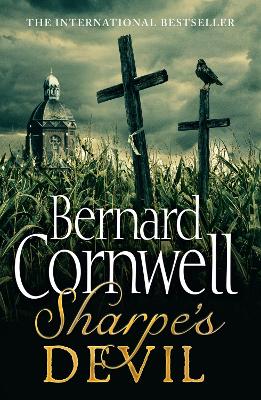 Bernard Cornwell was born in London, raised in Essex and now mainly lives in the USA with his wife. In addition to the hugely successful Sharpe novels, Bernard Cornwell is the author of the Starbuck Chronicles, the Warlord trilogy, the Grail Quest series and the Alfred series. For more information about Bernard Cornwell and his books, please visit his website www.bernardcornwell.net.