Dawn on a Distant Shore

Dawn on a Distant Shore Synopsis

The second book in The Wilderness Series is set in Canada and Scotland. Now blissfully married, Nathaniel and Elizabeth Bonner, the hero and heroine of Into The Wilderness, have settled into their new life together in the North American frontier. When Elizabeth gives birth to twins their happiness seems complete. However, it proves to be short-lived. While attempting to rescue his father, Hawkeye, who has been imprisoned in Canada, Nathaniel is arrested by British colonials for spying - a hanging offence. Left alone in the wilderness with only her step-daughter Hannah and her newly-born twins, Elizabeth embarks on a desperate bid to save her husband. Gathering up the children, she sets out on a dangerous journey across unremittingly hostile terrain. However, the fate of the Bonner family appears to be in the hands of other forces, who intend to kidnap them to Scotland in order to engage them in a bitter family feud and a destiny they could never have imagained. 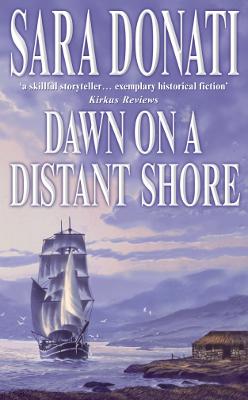 Sara Donati lives with her husband and daughter in the North-West of the USA.

View All Books By Sara Donati