Shortlisted for the T S Eliot Prize for Poetry 2011.

November is Sean O'Brien's first collection since his widely celebrated The Drowned Book, the only book of poetry to have won both the Forward and T. S. Eliot prizes. November is haunted by the missing, the missed, the vanished, the uncounted, and the uncountable lost: lost sleep, connections, muses, books, the ghosts and gardens of childhood. Ultimately, these lead the poet to contemplate the most troubling absences: O'Brien's elegies for his parents and friends form the heart of this book, and are the source of its pervasive note of depart. Elsewhere as if a French window stood open to an English room the islands, canals, railway stations and undergrounds of O'Brien's landscape are swept by a strikingly Gallic air. This new note lends O'Brien's recent poems a reinvigorated sense of the imaginative possible: November shows O'Brien at the height of his powers, with his intellect and imagination as gratifyingly restless as ever.

What To Read After November 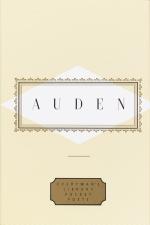 Sean Oâ€™Brien is a poet, critic, playwright, broadcaster, anthologist and editor. He grew up in Hull and now lives in Newcastle upon Tyne. He is Professor of Creative Writing at Newcastle University.

View All Books By Sean O'brien