Madeleine Wickham is the real writer behind the phenomenally successful nom de plume of Sophie Kinsella and if you haven’t read any of her original books then you are in for a real treat. The Tennis Party was first published in 1996 but it hasn’t lost any of its edge, fizz or fun and deserves to be called a ‘Summer Reading Classic’.

It was Patrick's idea that they should have the tennis party. After all, he has the perfect setting - the White House, bought out of his bonuses as an investment banker. He hasn't actually told Caroline, his brash and beautiful wife, what the real reason for the party is. She is glad to welcome Stephen and Annie, their impoverished former neighbours, less glad to see newly wealthy Charles and his aristocratic wife Cressida, and barely able to tolerate the deadly competitive Don and Valerie. But as the first ball is served over the net it signals the start of two days of tempers, shocks, revelations, the arrival of an uninvited guest, and the realization that the weekend is about anything but tennis.

What To Read After The Tennis Party 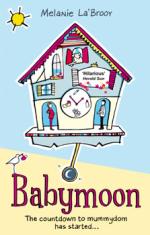 Madeleine Wickham, who also writes as Sophie Kinsella, attended university at Oxford, where she studied politics, philosophy and economics. Her first job was as a junior assistant on a magazine for retirees but she went on to be a financial journalist before becoming an author. She is married, has three sons, and lives in London.

View All Books By Madeleine Wickham