Exceptionally good within this area, well written and beautifully developed characters.  It’s Liverpool in the 20s and then London and follows the plight of the orphan with the beautiful voice that Ellie Pride took in, Ellie being the subject of her previous book which you must also get.

Hettie is an orphan, taken in by Ellie Pride and her husband to their Preston home and treated as one of the family. But she has never felt she truly belonged.

Hettie has a special gift – a beautiful singing voice – and on the cusp of womanhood, she makes a choice that will alter the course of her life. Amid the bright lights of Liverpool, she will follow her dreams.

But once there, the only way to survive is working in the kitchens of a restaurant. Until, by chance, she is heard singing by the owner...

Whisked to London, Hettie is thrown into a theatrical and colourful world but one with a dark side, its young inhabitants haunted by the horror of the First World War, and stalked by the fear of the Depression to come.

Then tragedy strikes, and Hettie must decide between her heart and her head, her duty and her desire...

Annie Groves is the psuedonym under which author Penny Jordan wrote a series of novels. She lived in the North-West and had done so all of her life. She has drawn upon her own family's history, picked up from listening to her grandmother's stories when she was a child. Her grandmother's great pride in her hometown - Preston - inspired Annie when naming her heroine in My Sweet Valentine, who is also a butcher's daughter, just like Annie's grandmother was. Penny Jordan died 31 December 2011. Author photo © Jerry Bauer 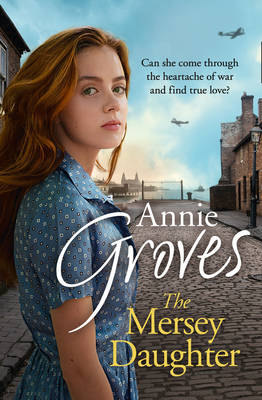 View All Books By Annie Groves