After reading this collection of essays I enjoyed seeing the BBC2 series with Sebastian Faulks describing some of the most memorable heroes and villains from the English Novel. Characters that have become part of our lives, many like Sherlock Holmes, Mr Darcy and Jeeves inhabiting that hazy ground between fiction and reality. Ranging across 250 years, Sebastian Faulks’ passion and opinions should spark many readers and viewers into re-examining the novels for themselves.

Faulks on Fiction is bestselling author Sebastian Faulks' personal journey through British literary history, in which he explores some of the most memorable characters ever to spark readers' imaginations and examines the lasting impact of the characters from the greatest novels on the British psyche.

'The characters who appear in these pages are still alive to me and thousands, probably millions, of readers.  I hope this book can at least be read as a prolonged and heartfelt thank you letter from a reader for all that he has learned from living people created in the minds of others.'

The British invented the novel, with the publication of Robinson Crusoe in 1719 marking the arrival of a revolutionary and distinctly modern form of art. But it's also true, as Sebastian Faulks argues in this remarkable book, that the novel helped invent the British: for the first time we had stories that reflected the experiences of ordinary people, with characters in which we could find our reality, our understanding and our escape. In The Secret Life of the Novel , Faulks examines many of these enduring fictional characters from over the centuries - Heroes from Tom Jones to John Self, Lovers from Mr Darcy to Lady Chatterly, Villains from Fagin to Barbara Covett, and Snobs from Emma Woodhouse to James Bond - and shows us how they mapped and inspired the British psyche, and continue to do so. Published to coincide with a major BBC series, The Secret Life of the Novel is an engaging and opinionated look at the psychology of the British through their literature, and a unique social history of Britain from one of our most respected writers. Characters included in the book are: Heroes - Robinson Crusoe, Tom Jones, Becky Sharp, Sherlock Holmes, Winston Smith ( 1984 ), Jim Dixon ( Lucky Jim ), and John Self ( Money ); Lovers - Mr. Darcy, Heathcliff, Tess of the D'Urbervilles, Lady Chatterley, Maurice Bendrix ( End of the Affair ), Anna Wulf ( The Golden Notebook ), Nick Guest ( The Line of Beauty ); Snobs - Emma Woodhouse, Pip ( Great Expectations ), Charles Pooter ( Diary of a Nobody ), Jeeves, Jean Brodie, James Bond, Chanu ( Brick Lane ); and, Villains - Richard Lovelace ( Clarissa ), Fagin, Count Fosco ( The Woman in White ), Steerpike ( Gormenghast Trilogy ), Ronald Merrick ( The Raj Quartet'), Jack Merridew ( Lord of the Flies ), and Barbara Covett ( Notes on a Scandal ).

What To Read After Faulks on Fiction 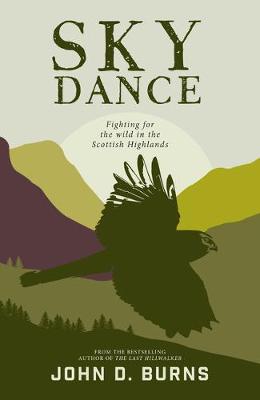