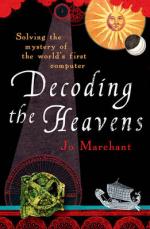 Decoding the Heavens : Solving the Mystery of the World's First Computer

Found in a shipwreck on the rocky coast of Greece, a corroded lump of bronze has intrigued and obsessed archaeologists and scientists for over 100 years. Now the whole truth about this intricate mechanism can be told and Jo Marchant unfolds her tale like a detective story with emerging scientific processes finally allowing a detailed picture of its internal workings. This one mechanism reveals both the process of scientific deduction and how little we really know about the ancient world.

Decoding the Heavens : Solving the Mystery of the World's First Computer Synopsis

In 1900, a group of sponge divers blown off course in the Mediterranean discovered an Ancient Greek shipwreck dating from around 70 BC. Lying unnoticed for months amongst their hard-won haul was what appeared to be a formless lump of corroded rock, which turned out to be the most stunning scientific artefact we have from antiquity. For more than a century this 'Antikythera mechanism' puzzled academics, but now, more than 2000 years after the device was lost at sea, scientists have pieced together its intricate workings. In Decoding the Heavens , Jo Marchant tells for the first time the story of the 100-year quest to understand this ancient computer. Along the way she unearths a diverse cast of remarkable characters - ranging from Archimedes to Jacques Cousteau - and explores the deep roots of modern technology not only in Ancient Greece, the Islamic world and medieval Europe.

Jo Marchant is Opinion Editor at New Scientist magazine. She has a PhD in medical microbiology and has been a science journalist for nine years. She spent three years of that as an editor at the journal Nature, and her articles have also appeared in the Guardian and The Economist. She lives with her boyfriend in Brixton, London.

More About Jo Marchant
Add To Wishlist
Buy from our bookstore and 25% of the cover price will be given to a school of your choice to buy more books.

The Kingdom of Speech

How to Avoid a Climate Disaster 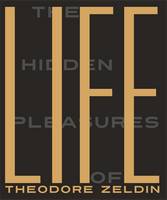 The Hidden Pleasures of Life 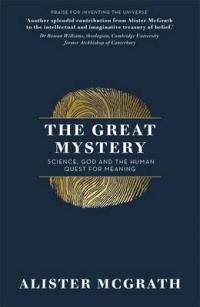 The Great Mystery Science, God and the Human Quest for Meaning