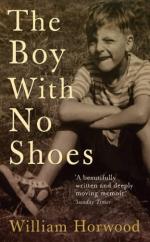 Boy With No Shoes

I would never have thought that the author of the bestselling Duncton Wood Chronicles had such a story to tell, although I knew it would be beautifully written.  It contains haunting passages constructed with a spellbinding lyricism that continues to affect you long after you have turned the final page.  Capturing life in 1950’s seaside England, its appeal lies in its ability to convey the central character’s aching desolation whilst surging you on through a strength of personal spirit that is impossible to resist.  The back cover says it is ‘based’ on the author’s childhood; I believed every word.

Boy With No Shoes Synopsis

Five-year-old Jimmy Rova is the unwanted child of a mother who rejects him, and whose other children bully him. The one thing he can call his own is a pair of shoes, a present from the only person he feels has ever loved him. When they are cruelly taken away, Jimmy spirals down into a state of loneliness and terrible loss from which there seems no recovery. This triumphant story of a boy’s struggle with early trauma and his remarkable journey into adulthood is based on William Horwood's own remarkable childhood in south-east England after the Second World War. Using all the skills that went into the creation of his modern classics, Horwood has written an inspiring story of a journey from a past too painful to imagine to the future every child deserves.

William Horwood was born in Oxford in 1944, the illegitimate last child of five. He was a feature editor with the Daily Mail until 1978 when he began work on the first of his now classic Duncton Chronicles series which became instant international bestsellers. Despite their enormous success, and that of his later novels, Horwood has written that he would gladly have exchanged them all to have known the identity of his father and ‘held his hand, if only for a moment’. William has been married three times, has six children and now lives in Oxford, just a few hundred yards from where he was born.

More About William Horwood
Add To Wishlist
Buy from our bookstore and 25% of the cover price will be given to a school of your choice to buy more books. 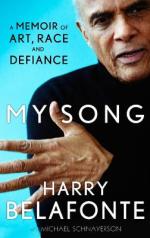 My Song : A Memoir of Art, Race & Defiance

The Path of the Ninja 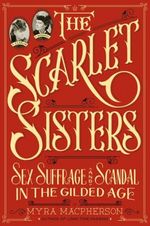 The Scarlet Sisters Sex, Suffrage, and Scandal in the Gilded Age

A Beginner's Guide to Acting English

Quick Reads This Is Going To Hurt