Part of the Joe Mason Series 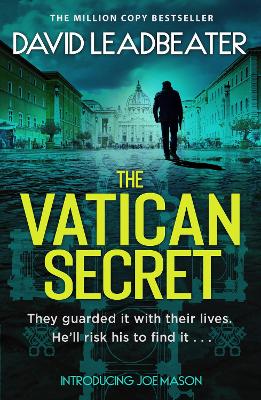 From the bustling streets of Rome to the perilous mountains of the Middle East, this high-octane adventure is laced with ancient history and intrigue.

The clock is ticking for ex-MI5 agent, Joe Mason. An elderly professor under his protection has been ruthlessly murdered in the Vatican archives; if he doesn’t act fast to track down the people responsible, and the book of secrets in their possession, the threat to the Church and the world at large could be devastating. David Leadbeater brings his codebreaking quest to life by perfectly balancing explosive action sequences with key historical detail. Car chases, boat crashes, hand-to-hand combat and a healthy dose of brutal murder all help to keep the blood pumping and the pages turning. But there’s plenty to discover too about the ancient cities, churches and artefacts that lie at the heart of Christianity. The relationships between Mason and Roxy - his feisty fellow agent - and other comrades they encounter on their chase are also central to the unfolding drama. Each carries their own physical or psychological scars that are explored sensitively as the action builds. The success of this mission could help them all atone for past mistakes and misjudgments - so failure is not an option. The Vatican Secret is a thrilling novel that whisks you through crypts and catacombs, across stormy waters and treacherous caves. But it’s also a timely story about corruption, fake news and the danger posed by power hungry leaders. In a world as dark as this, it feels like Joe Mason has arrived on the scene just when we need him the most.

An ancient relic. A deadly enemy. A secret he'll protect with his life...

When ex-MI5 operative Joe Mason is sent to Rome to guard an elderly professor and his daughter, he thinks he's in for an easy ride.

But on their first day in the Vatican secret archives, a masked assassin gains entry, shoots Joe's client in cold blood and steals an ancient manuscript. Giving chase, Joe can't imagine what could lie within those pages that would make someone willing to kill.

The search for answers leads Joe and his comrades in a race against time, across continents and into treacherous mountains. Only they have a hope of rescuing the Vatican Book of Secrets before a centuries-old enemy can succeed in bringing Rome - and the world as we know it - crashing down...

What To Read After The Vatican Secret 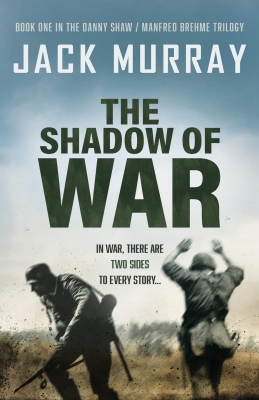 A roller coaster ride from start to finish. You won't be able to put it down.

I really enjoyed this book. A roller coaster ride from start to finish. Yes there were similarities with Jack Reacher but much more realistic. Joe gets hurt. The characters are well written, you really get to know them all and I found myself cheering them on. The car chases and fights keep you on the edge of your seat. I kept thinking what a good film this would make. I do hope this isn't the last we hear of these crime busters. I want more!

A fast paced thriller, kept me engrossed throughout right from the first pages. The characters seem real, the action brutal, the enemy even more so.

This book did not disappoint! I was hooked from the first chapter, it was fast moving and kept me gripped the whole way through. Ex MI5 operative Joe Mason and another operative Roxy are sent to Rome to protect a professor and his daughter while they did some research in the Vatican secret archives. Within hours of his arrival the professor is shot by a masked assassin who steals an ancient manuscript and makes a run for it with Joe, Roxy and the daughter giving chase. This frenetic beginning leads to a chase across several countries to find the book before it could be accessed to do harm by the Amori, a terrorist group.
The book is fast paced, with a lot of action as Joe comes across others along the way who help the cause on both sides. A well written action thriller which has been likened to The Da Vinci Code, I enjoyed it and will look to read other books by this author.

It is a very good read. Spellbinding.

Joe Mason and Roxy Banks are hired to protect  Professor Pierce Rush and his daughter Sally. Both Joe and Roxy have issues in their past lives. Soon after taking the job they find themselves in the Catacombs of the Church with the Professor and Sally. Unfortunately, The Professor is killed and the Vatican Secret Book is stolen.

Joe and Roxy start working for Sally now and are going to try and find the book. Soon they have joined forces with an ex-cop, Like Hassell and Paul Quaid, an ex-military soldier. They start working together. They travel throughout Europe, many times, trying to save the Vatican Secret Book.

There were 5 riddles that they had to find and solve.  The clues are in 5 different altars.

The group begin to form the trust needed to make up a team.

Joe Mason walked away from this assignment with a new purpose.

It is a very good read. Spellbinding.

Readers are gripped by David Leadbeater:

'Loved it... A fast-paced, adventure-packed, non-stop fight for survival, balanced with a great team dynamic of real characters' Goodreads reviewer,

'Amazing rollercoaster ride of mayhem and adventure, David you just get better and better' Goodreads reviewer,

'Action, history, fun characters and lots of exciting adventures. You have to love it' Goodreads reviewer,

'Buckle up... Adventure that will be impossible to put down til the very end' Goodreads reviewer,

'A wild rollercoaster ride if was up and down and round and round' Goodreads reviewer,

'Filled with memorable characters. Everything that makes an action novel worth reading. I highly recommend' Goodreads reviewer,

'Thrilling from the beginning to the end' Goodreads reviewer, 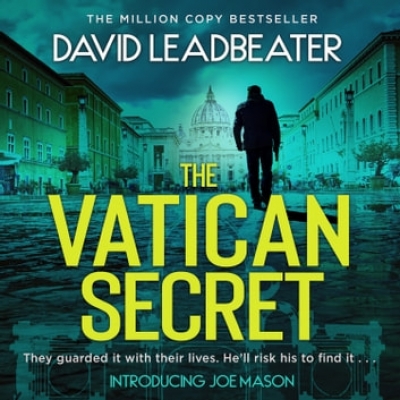 David Leadbeater has published more than 40 novels and sold over a million Amazon Kindle e-books. He has now signed for a major publisher - Harper Collins/Avon Publishing, who will release the first two books of a new series in 2022, followed by two more in 2023. All 29 parts of the Matt Drake series were international bestsellers and continue to top the charts in 2021. The first part of his Relic Hunters series won the inaugural Amazon Kindle Storyteller award in 2017. For a chronological reading order of the Matt Drake, Alicia Myles and Disavowed series' please visit his website.

View All Books By David Leadbeater