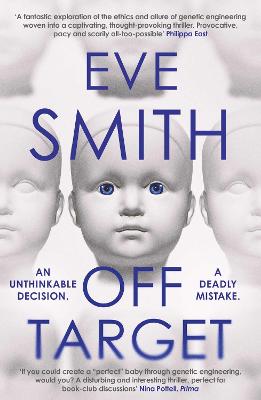 When a writer’s work is compared to Michael Crichton’s, there’s reason to sit up and pay attention whenever a new title from said author drops. Having proved her ability to spin a clever speculative tale with her debut The Waiting Rooms, which was shortlisted for the Bridport Prize First Novel and longlisted for the Not The Booker Prize, her second release will only consolidate her reputation further. In Off-Target she takes us to the near future and toys with ideas around fertility treatments and gene adaptation. The subject of Off-Target is Susan who, after a fling, gets pregnant after years of trying to conceive. Her attempts to conceal this from her partner lead her to take steps to tinker with the genetic makeup of her child. But there are dangers to playing God – also known as ‘off target’ effects – that could have devastating consequences. A cautionary tale that’s full of thrills, it will leave you considering our current science and the possibilities we may face.

When a one-night stand leads to a long-desired pregnancy, Susan will do anything to ensure her husband won't find out ... including the unthinkable. But when something horrendous is unleashed around the globe, her secret isn't the only thing that is no longer safe...

In an all-too-possible near future, when genetic engineering has become the norm for humans, not just crops, parents are prepared to take incalculable risks to ensure that their babies are perfect ... altering genes that may cause illness, and more...

Susan has been trying for a baby for years, and when an impulsive one-night stand makes her dream come true, she'll do anything to keep her daughter and ensure her husband doesn't find out ... including the unthinkable. She believes her secret is safe. For now.

But as governments embark on a perilous genetic arms race and children around the globe start experiencing a host of distressing symptoms - even taking their own lives - something truly horrendous is unleashed. Because those children have only one thing in common, and people are starting to ask questions... Bestselling author of The Waiting Rooms, Eve Smith returns with an authentic, startlingly thought-provoking, disturbing blockbuster of a thriller that provides a chilling glimpse of a future that's just one modification away...

What To Read After Off-Target 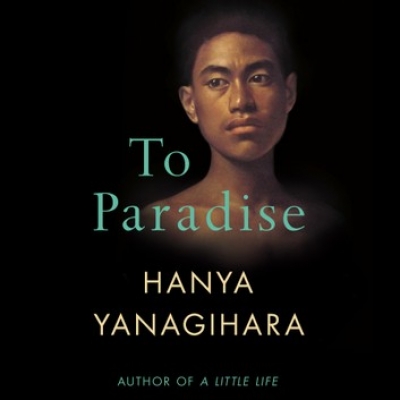 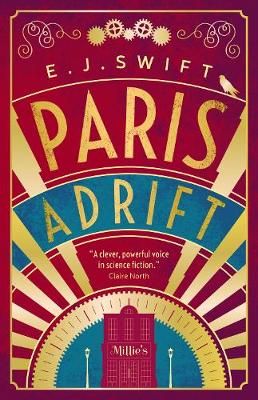 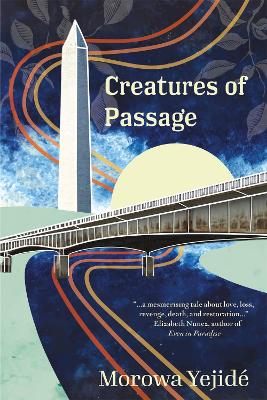 Praise for The Waiting Rooms

'STUNNING and terrifying ... The Waiting Rooms wrenches your heart in every way possible, but written with such humanity and emotion' Miranda Dickinson

'Chillingly close to reality, this gripping thriller brims with authenticity ... a captivating, accomplished and timely debut from an author to watch' Adam Hamdy

'A touching, gut-wrenching story of family mystery and tragedy ... a thriller that punches on two fronts - heart AND mind' The Sun

'Gripping and disturbing ... the medical research is convincing, the scenarios plausible, and the story is emotionally engaging. This is an incredible debut!' Gill Paul

'If the themes are dark and topical, the writing is exquisite. Breath held, I got to the finale with my heart in my mouth. Eve Smith weaves a complex and clever tale, merging countries and timelines; the result is a superb and satisfying novel' Louise Beech

'Margaret Atwood is one of my all-time writing heroes and The Handmaid's Tale is probably the best book I've ever read. Eve Smith and The Waiting Rooms really do challenge that long-held crown...' Random Things through My Letterbox

'A novel of our times' Trip Fiction

'Haunting, honest and horrifying in its reality ... An epic and thrilling read' Book Literati

Eve Smith writes speculative fiction, mainly about the things that scare her. She attributes her love of all things dark and dystopian to a childhood watching Tales of the Unexpected and black-and-white Edgar Allen Poe double bills. In this world of questionable facts, stats and news, she believes storytelling is more important than ever to engage people in real life issues. Set twenty years after an antibiotic crisis, her debut novel The Waiting Rooms was shortlisted for the Bridport Prize First Novel Award. Her flash fiction has been shortlisted for the Bath Flash Fiction Award and highly commended for The ...

View All Books By Eve Smith