A lightly-told saga of family secrets explored through the eyes and experiences of three generations of women.

Helen Stancey’s Relative Secrets is a highly readable story for readers who like to get lost in the drama and intrigue of other people’s relatable lives.

Told in a straightforward style, with domestic detail and emotional ups and downs to heighten engagement, three generations of women are at the heart of this saga of family secrets. It’s set in 1999 and follows the family from the 1920s through to the millennium. The eldest of the women, Mary, is in a care home, her mind deteriorating. During a visit from grand-daughter Lucy, Mary makes strange statements that arouse Lucy’s curiosity. She tries to put them out of mind - until she finds a locket while clearing out Mary’s former room. Not wanting to upset her mother (not with her father gone, her elder brother away, and her little brother misbehaving), Lucy takes it upon herself to get to the bottom of the mystery - risking discovering truths that might unsettle the very foundations of their family.

The drama builds slowly at first - there’s a considered, unhurried build-up, with lots of family backstory delivered before the revelations come. Then tension builds as Lucy delves deeper, and the questions keep coming - not merely what the secret is, but why it was covered-up. And, a question with universal resonance - is it sometimes better to simply let things be?

Mary has a secret that she mustn't tell. But in a care home, with her mind wandering, she's starting to slip up. Clearing out her grandmother's old room, Lucy finds something hidden that wasn't supposed to be found - a locket sheltering a shameful family secret. She can't tell her mother. Not with their father gone, one brother absent and another acting up. Her mother was struggling with her mental health just a few years ago. Lucy will have to make sense of it all herself. In a beautifully told drama of family secrets, Helen Stancey once again picks through the everyday of life to uncover poetry, pain and ultimately love. 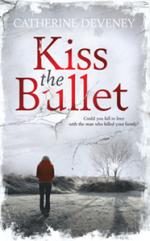 'In the poised assurance of its writing...one has a sense of a writer gifted with an instinctive sense of how to tell a story.' -The Spectator;

'Writing so accomplished...' The Tablet;

'A beautifully observed exploration of the power and pain of family secrets.' -Emma Timpany, author of 'Travelling in the Dark';

'Helen Stancey's style is beautifully immediate and natural, as if you were looking over the author's shoulder, watching and listening, rather than reading. In this gripping saga of family secrets, Helen displays the storyteller's gift of creating lively, sympathetic characters, and a plot that flows with a well-crafted rightness and inevitability. A highly relatable book.' -Fiona Vigo Marshall, author of 'Find Me Falling';

'A tender, and uplifting exploration of the mysteries and meaning of family, for three generations of women striving to fulfil their destinies.' -Rebecca Fraser, author of 'The Mayflower Generation' and journalist 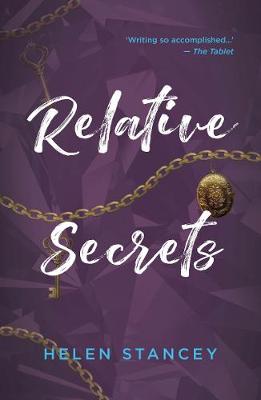 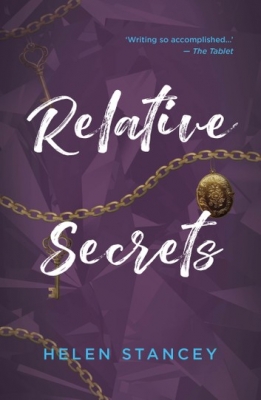 Helen Stancey was born and brought up in Yorkshire. After attending University College London with a degree in English, she decided to remain in the capital, where she is still currently living. She was briefly involved in the fringe theatre, before qualifying in psychology and teaching in various colleges. Helen Stancey is married with three children. During the earlier years of her writing career she produced mostly poetry as well as some short dramatic pieces for children. Later she published two novels, 'Words' in 1983 and 'Common Ground' in 1986, and her most recent work, a collection of short stories, 'The Madonna ...

View All Books By Helen Stancey