When London is lost beneath the rising tides, unconscious desires rush to the surface in this apocalyptic tale from the author of 'Crash' and 'Empire of the Sun', reissued here with a new introduction from Martin Amis.

Fluctuations in solar radiation have melted the ice caps, sending the planet into a new Triassic Age of unendurable heat. London is a swamp; lush tropical vegetation grows up the walls of the Ritz and primeval reptiles are sighted, swimming through the newly-formed lagoons.

Some flee the capital; others remain to pursue reckless schemes, either in the name of science or profit. While the submerged streets of London are drained in search of treasure, Dr Robert Kerans - part of a group of intrepid scientists - comes to accept this submarine city and finds himself strangely resistant to the idea of saving it.

First published in 1962, Ballard's mesmerising and ferociously imaginative novel gained him widespread critical acclaim and established his reputation as one of Britain's finest writers of science fiction.

This edition is part of a new commemorative series of Ballard's works, featuring introductions from a number of his admirers (including Robert Macfarlane, Martin Amis, James Lever and Ali Smith) and brand-new cover designs.

'One of the brightest stars in post-war fiction. This tale of strange and terrible adventure in a world of steaming jungles has an oppressive power reminiscent of Conrad' Kingsley Amis

'The terrifying thing about Ballard is his logic; is this science fiction or history written ahead of its time?' Len Deighton 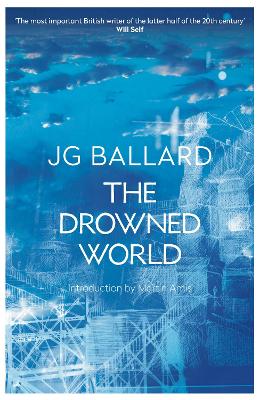 J. G. Ballard was born in 1930 in Shanghai. After internment in a civilian prison camp, his family returned to England in 1946. His 1984 bestseller 'Empire of the Sun' won the Guardian Fiction Prize and the James Tait Black Memorial Prize. His controversial novel 'Crash' was made into a film by David Cronenberg. His autobiography 'Miracles of Life' was published in 2008, and a collection of interviews with the author, 'Extreme Metaphors', will be published in 2012. J.G. Ballard passed away in 2009.