LoveReading View on Secret to Sultan

Secret to Sultan follows on from Gordon Lewis’ first book, the Secret Child. Although I don’t think you necessarily need to have read about the first part of Lewis’ life in order to enjoy this book, it does start without preamble, so I would recommend you do.

Born and raised in a hostel for Single mothers in 1950s Dublin, Gordon has ambitions of a much better life for his family and when he moves with his family to London, he works hard to achieve it. From his interest in pop culture to a Beatles concert, Gordon is inspired to pursue a career in show business.

This book focuses on Gordon’s career, how he worked hard to develop a very successful Production business before taking on a new challenge of creating a London gay village as a part of the Soho nightclub scene, this lead to his favourite nickname and inspiration for the title “The Sultan of Soho”.

This book covers such a wide range of modern history. Through Gordon’s life experience we learn more about growing up in both Dublin and London, including the discrimination the Irish experienced in England. We find out about the development of a video production company as well as getting behind the scenes access to the running of bars and clubs in Soho. Gordon introduces us to interesting people and colourful anecdotes throughout and I think that this is a witty and wonderful book for all non-fiction fans.

From the streets of 1950s Dublin, disowned by society, to the dizzying heights of a London music video producer and beyond. The next chapter of the best-selling book, Secret Child, regales the true journey of Gordon Lewis, who was born in a hostel for single mothers but desperately wanted more for his family and stopped at nothing to achieve it. After developing an interest in music and pop culture, young Gordon set about immersing himself in the world he would eventually become a top player in. However success doesn’t happen overnight – something Gordon learnt the hard way. ‘I was riding on the crest of a wave but also flying by the seat of my pants’ Gordon’s journey from a secret child to ‘The Sultan of Soho’ was filled with colourful characters, from rough Irish labourers to A-list celebrities Queen and Bowie. But none were more important than his mother, Cathleen, and step-father, Bill. ‘In my eagerness to pursue my dreams, I forgot my mother had hers too. 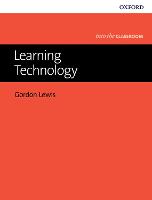 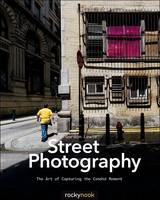 View All Books By Gordon Lewis