Soul Seeker is a complex thriller packed full of tension, drama and the supernatural. I liked that this book starts off with a poem, almost like an old shakespearean narrator introducing the plotline and what’s about to happen.

We are first introduced to the story of Benjamin Poe, A death row inmate finally sharing the twisted events that led to a shocking murder. After reading the synopsis for the book I was eager to start reading and I soon became engrossed in Benjamin’s story. I like the small town that the author creates and the variety of characters that live in Lochton. I also liked that it wasn’t stereotypical quaint and peaceful, with a brief shoplifting incident early on. I think that this added an underlying realism and grittiness and was a solid foundation to build the darker aspects of the story.

Even early on in Soul Seeker we are aware of evil events and non-moral actions which I think set the tone for later on in the novel and provide an interesting environment to introduce the supernatural characters. I found the characters interesting and I enjoyed how the characters are developed alongside plot twists. These plot twists kept me guessing throughout the book, with more questions than answers and a need to find out more.

I liked the supernatural element of this story, I think it really helps to ramp up the suspense that builds throughout the novel while also maintaining a sense of realism and moral complexity - even Crighton, a high ranking demon, is made up of more than pure evil. I liked seeing his relationship develop with Ariel towards the end of the book.

Soul Seeker is the first book in a series and I look forward to reading more. I think Soul Seeker would be enjoyed by fans of the supernatural, darker relationship stories and thrillers.

Crighton Daemonium arrives in the peaceful town of Lochton, Illinois, searching for wicked souls to add to his count. Benjamin Poe, a devoted husband, father and firefighter, finds himself in a battle of wills against this evil, manipulating demon, while protecting his only son. Ultimately, Poe is tricked into committing murder and Crighton is rewarded with the soul he was sent to retrieve. Following Poe’s execution, Crighton continues his dark malevolent duties, until he's kidnapped by members of The Sovereign Sector. This group of scientists, notorious for experimenting on supernatural creatures, forces Crighton into a soulmate relationship with the very angel he was sent to capture for the King of Hell, Lucifer. With secrets revealed, darkness rules and loyalties shift. The demonic soul-seeker soon becomes the target of Lucifer's revenge, and his journey to redemption and freedom—or eternal enslavement—begins. 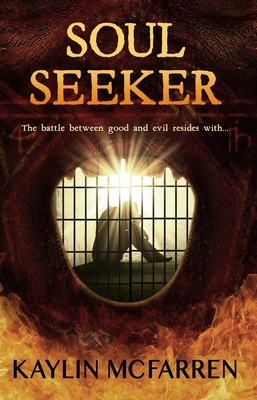