Tom Wolfe's genre-defining magical mystery tour through the 1960s published in Vintage Classics for the first time to mark its fiftieth anniversary.

WITH AN INTRODUCTION BY JARVIS COCKER

In the summer of 1964, author Ken Kesey and his Merry Band of Pranksters set out on an awesome social experiment like no other. Blazing across America in their day-glo schoolbus, doped up and deep 'in the pudding', the Pranksters' arrival on the scene - anarchic, exuberant and LSD-infused - would turn on an entire counter-culture, and provide Tom Wolfe with the perfect free-wheeling subject for this, his pioneering masterpiece of New Journalism.

'The Electric Kool-Aid Acid Test is not simply the best book on the hippies, it is the essential book...the pushing, ballooning heart of the matter' New York Times

Every word seems placed with a care and a skill of contrivance... A major journalistic contribution to the future analysis of our own and America's strange period of this century - Guardian

An amazing book... A book that definitely gives Wolfe the edge on the nonfiction novel - The Village Voice

A life-changer, a rabble-rouser, a mind-blower, a gathering of the tribes, a call to arms, a manifesto for a new society, a car repair manual, a fly-on-the-paisley-patterned-wall account of a cultural revolution - a masterpiece! -- Jarvis Cocker

The Electric Kool-Aid Acid Test is not simply the best book on the hippies, it is the essential book...the pushing, ballooning heart of the matter - New York Times 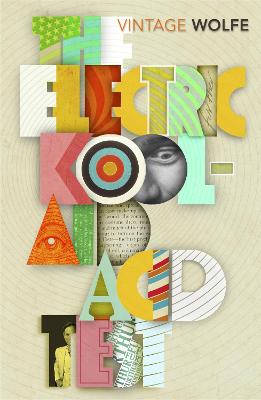 Tom Wolfe (1930-2018) was the author of more than a dozen books, among them The Electric Kool-Aid Acid Test, The Right Stuff, The Bonfire of the Vanities, A Man in Full, I Am Charlotte Simmons and Back to Blood. He received the National Book Foundation's 2010 Medal for Distinguished Contribution to American Letters.