Throw Me to the Wolves

LoveReading View on Throw Me to the Wolves

Beautifully eloquent, well written, and somehow teetering right on the edge of being a crime novel even with a murder and two investigating detectives. When a young woman is murdered, a neighbour and retired teacher is arrested and quickly forged into a monster by the press and social media. One of the detectives recognises his former teacher and takes a step back into his childhood. This is a book that covers a number of subjects, it is both sharp and focused, and lyrically descriptive. While a murder sits at its heart, it looks into the shadows of hate, bullying and abuse. Patrick McGuinness has the ability in a few words to paint a vivid scene. New thoughts cracked open inside my head and I felt that not a word was wasted, even when “a third cup of tea” is poured. As I read I explored a variety of emotions and found myself entirely consumed by Throw Me to the Wolves. A Liz  Pick of the Month, and a fabulously provocative and challenging read, I loved it.

Throw Me to the Wolves Synopsis

A young woman has been murdered, and a neighbour, a retired teacher from Chapleton College, is arrested. An eccentric loner - intellectual, shy, a fastidious dresser with expensive tastes - he is the perfect candidate for a media monstering. In custody he is interviewed by two detectives: the smart-talking, quick-witted Gary, and his watchful colleague, Ander. Ander is always watchful, but particularly now, because the man across the table is his former teacher - Michael Wolphram - whom he hasn't seen in nearly 30 years.

Another outsider, another loner in a school system rife with abuse and bullying, Ander has another case to solve: the cold case of his own childhood.

Throw Me to the Wolves Press Reviews

An absorbing novel... on virtually every page, there are perfectly judged descriptions that reveal something about the world. - Financial Times

An extraordinary writer of great compassion, McGuinness combines a mesmerising crime novel with a forensic look at the brutalising mechanisms of the British Public School system. Stunning. -- Denise Mina Blisteringly effective, written with an almost hallucinogenic clarity... Throw Me to the Wolves is intensely powerful. -- Justine Jordon - Guardian

This is a writer worth knowing... [McGuinness] combines elegant prose with caustic commentary on romance, education and crime... most people can write for a lifetime and not produce so perfect a sentence. -- Patrick Anderson - Washington Post

Throw Me to the Wolves is, on the face of it, a made-for-TV procedural police drama... Scratch the surface, however, and all of Britain's restless undercurrents are churning away... this is literary fiction as it should be: in stylish, surprising, lyrical sentences we are forced to confront the hidden power structures, public and private, that control our everyday lives. It's reminiscent of Edward St Aubyn, not only in its pillorying of the elite, but the pleasure McGuinness takes in having his characters say clever things. It's also a proper page-turner. -- Melissa Katsoulis - The Times 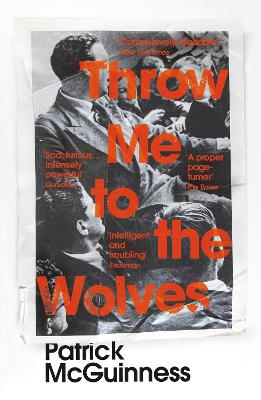 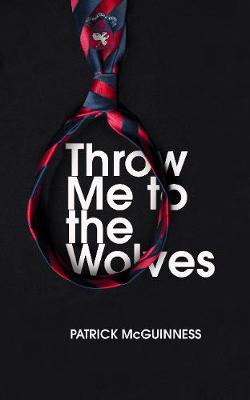 Patrick McGuiness is a professor of French and Comparative Literature at Oxford University and a Fellow of St Anne's College where he has taught since 1998. He lives in North West Wales. Carcanet publishes his poetry and he has won an Eric Gregory Award, the American Poetry Foundation Levinson Prize in 2003 and Poetry Business Prize in 2006. 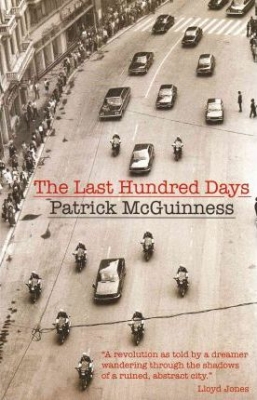 View All Books By Patrick McGuinness