Land Of Love And Drowning

LoveReading Expert Review of Land Of Love And Drowning

Set in the early 1900s as the Virgin Islands shift from Danish to American rule, this is a sublime and thought-provoking novel. An epic family saga suffused in the islands’ complex history, and the strange magic of two sisters – Anette, who can see the future, and Eeona who possesses an extraordinary siren-like beauty. “Men will love me. It is the magic I have,” she remarks.

Orphaned by the sinking of a ship, this captivating novel follows the sisters through sixty years. As they experience births, deaths, losses, loves, conflicts (and curses), sweeping change swells through their St Thomas homeland, shifting the sands around race and the land ownership. While their half-brother Jacob experiences institutionalised racism in the US Army, and witnesses segregation and the start of the Civil Rights Movement, back on the island Americans are busy buying up land and privatising beaches, giving rise to clashes between locals and incomers.

It’s hard to believe this is Yanique’s debut. The writing is spellbinding, assured and invokes a desire to return to its world, and its themes are vitally important, not least the very relevant issue of outsiders making prime - and formally public - land inaccessible to locals.

Land Of Love And Drowning Synopsis

A major debut from an award-winning writer—an epic family saga set against the magic and the rhythms of the Virgin Islands.

In the early 1900s, the Virgin Islands are transferred from Danish to American rule, and an important ship sinks into the Caribbean Sea. Orphaned by the shipwreck are two sisters and their half brother, now faced with an uncertain identity and future. Each of them is unusually beautiful, and each is in possession of a particular magic that will either sink or save them.

Chronicling three generations of an island family from 1916 to the 1970s, Land of Love and Drowning is a novel of love and magic, set against the emergence of Saint Thomas into the modern world. Uniquely imagined, with echoes of Toni Morrison, Gabriel García Márquez, and the author’s own Caribbean family history, the story is told in a language and rhythm that evoke an entire world and way of life and love. Following the Bradshaw family through sixty years of fathers and daughters, mothers and sons, love affairs, curses, magical gifts, loyalties, births, deaths, and triumphs, Land of Love and Drowning is a gorgeous, vibrant debut by an exciting, prizewinning young writer.

What To Read After Land Of Love And Drowning 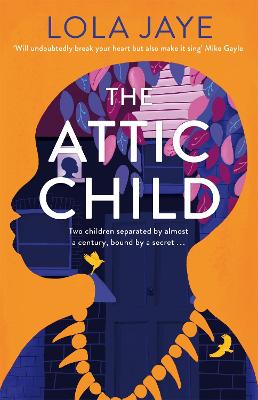 View All Books By Tiphanie Yanique