Modern Toss: Work is Shit is a book of hilarious cartoons by Jon Link and Mick Bunnage, who together make up Modern Toss. Some of the cartoons have appeared previously in The Guardian or Private Eye but most are to be seen here for the first time.

Set in the workplace, as the title suggests, and containing some bad language, they are extremely funny because they are so true, putting into words what so many of us are thinking and have wanted to say on finding ourselves in similar situations. So well-drawn too, with expressions and body language conveyed in just a few pen strokes. My very favourite takes place at the water cooler (as so much does!), where a male colleague is telling his female counterpart that he has 'been really enjoying working here since I started pretending it was some ropey reality TV show'.

On a slightly more serious note, the changes brought about by the introduction of more technology and issues like sexual harassment, health and safety and stress are also addressed in a humorous way.

Utterly irreverent and often absurd, these clever satirical cartoons will have you in stitches...I just wish there were more of them. Guess I'll just have to wait for the next edition.

Introducing a brand new collection of pin-sharp and totally hilarious work jokes from Modern Toss. This bang-up-to-date selection explores some of the technological advances which have managed to make work even more shit than it was before, while still acknowledging the more traditional ways that have always made work shit. Produced by cartoonists Jon Link & Mick Bunnage, the architects behind the satirical and absurd world of Modern Toss. Includes cartoons previously featured in The Guardian and Private Eye, along with a host of new instant favourites. 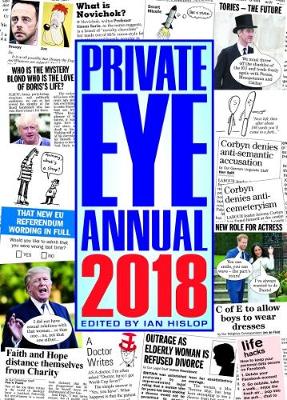