Lies Behind The Ruin

LoveReading View on Lies Behind The Ruin

This highly readable slice of suspenseful noir sees a couple on the brink of losing everything. Emma thought she had it all with second husband Paul - a big house, new daughter Mollie, a fine step-dad for her son from her first marriage. But Paul’s been hiding things from her, not least the debts he’s been racking up, and the seriousness of his work situation. Forced to come clean (about some of his misdemeanors, at least) when he’s made redundant, they escape to the dilapidated French property Paul randomly bought during a holiday.

While Paul flits between France and London - ostensibly for work - resourceful Emma turns things around by making a go of a bar business in their new village. But her blossoming is thwarted when a glamorous stranger infiltrates her life and a hideous web of deceit, blackmail, entrapment and violence unravels with heart-pounding urgency that will have readers rooting for Emma every step of the way. This is a real read-in-one-sitting-on-the-edge-of-your-seat kind of book.

Lies Behind The Ruin Synopsis

How can you build a new life on toxic foundations?

Written by the winner of Winchester Writers' Festival prize for the opening pages of a novel, Helen Matthews is the author of the best-selling book `After Leaving the Village' - an absorbing story of deception, guilt, betrayal and the resilience of the human spirit.

Emma Willshire has overcome plenty of obstacles in her life. From student bride to single mum of a son, Owen, but she has found happiness with her second husband, Paul and another child, Mollie. Emma's dark days seem far behind her until a fatal accident happens at Paul's work and he is held responsible. On holiday in France, trying to leave his problems behind, Paul's behaviour turns erratic. On impulse, he buys a cheap, dilapidated property and, to Emma's dismay, persuades her they can renovate it into a holiday home. As the couple strive to renovate their marriage, and their French ruin to open a small business, shadows from the past threaten their happiness and safety. Escape to a new life in France seemed like the only solution, but leads to heart-breaking loss for Emma involving infidelity, kidnap and a near murder 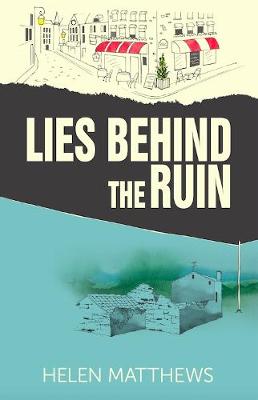 Helen Matthews is the author of debut novel `After Leaving the Village', winner of the Winchester Writers' Festival prize for opening pages of a novel. Born in Cardiff, she read English at the University of Liverpool. After travelling, she worked in international development, consultancy, human resources and pensions management but fled corporate life to pursue her dream of becoming a writer. She holds an MA in Creative Writing from Oxford Brookes University. Helen has been awarded prizes for short stories and published in the literary journal Artificium. As a freelancer, she writes content for websites and business magazines and has, ...

View All Books By Helen Matthews