** LONGLISTED FOR THE MAN BOOKER PRIZE 2018 ** `Autumn makes me think of leaves, which makes me think of trees, which makes me think of The Overstory, the best novel ever written about trees, and really, just one of the best novels, period.' Ann Patchett 'It's a masterpiece.' - Tim Winton 'It's not possible for Powers to write an uninteresting book.' - Margaret Atwood A monumental novel about trees and people by one of our most 'prodigiously talented' (The New York Times Book Review) novelists. The Overstory unfolds in concentric rings of interlocking fables that range from antebellum New York to the late twentieth-century Timber Wars of the Pacific Northwest and beyond: An Air Force loadmaster in the Vietnam War is shot out of the sky, then saved by falling into a banyan. An artist inherits a hundred years of photographic portraits, all of the same doomed American chestnut. A hard-partying undergraduate in the late 1980s electrocutes herself, dies and is sent back into life by creatures of air and light. A hearing- and speech-impaired scientist discovers that trees are communicating with one another. These four, and five other strangers - each summoned in different ways by trees - are brought together in a last and violent stand to save the continent's few remaining acres of virgin forest. There is a world alongside ours - vast, slow, interconnected, resourceful, magnificently inventive and almost invisible to us. This is the story of a handful of people who learn how to see that world and who are drawn up into its unfolding catastrophe.

Autumn makes me think of leaves, which makes me think of trees, which makes me think of The Overstory, the best novel ever written about trees, and really, just one of the best novels, period. -- Ann Patchett An extraordinary novel ... It's an astonishing performance ...He's incredibly good at describing trees, at turning the science into poetry ...The book is full of ideas ... Like Moby-Dick, The Overstory leaves you with a slightly adjusted frame of reference ... Some of what was happening to his characters passed into my conscience, like alcohol into the bloodstream, and left a feeling behind of grief or guilt, even after I put it down. Which is one test of the quality of a novel. -- Ben Markovits - Guardian

The time is ripe for a big novel that tells us as much about trees as Moby-Dick does about whales ... The Overstory is that novel and it is very nearly a masterpiece ... The encyclopaedic powers of Powers extend from the sciences to the literary classics. On almost every page of The Overstory you will find sentences that combine precision and vision. You will learn new facts about trees ... [An] exhilarating read. - The Times

[The Overstory] whirls together so many characters, so much research and such a jostle of intersecting ideas that, at times, it feels like a landbound companion to Moby-Dick's digressional and obsessive whale tale ... One of the most thoughtful and involving novels I've read for years ... This long book is astonishingly light on its feet, and its borrowings from real research are conducted with verve ... The propulsive style and the enthusiastic reverence of Powers's writing about nature keep it whizzing through any amount of linked observations on literary criticism, political science and statistical analysis. It's an extraordinary novel, alert to the large ideas and humanely generous to the small ones; in an age of cramped autofictions and self-scrutinising miniatures, it blossoms. -- Tim Martin - Daily Telegraph

Big brainy books bristling with formidable versatility have been Powers's speciality since he launched his highly idiosyncratic fictional career ... The Overstory is a hugely ambitious eco-fable ... An immense and intense homage to the arboreal world, the book is alive with riveting data, cogent reasoning and urgent argument ... [Pages] teem with knowledge and gleam with aesthetic appeal. Angry energy pulses through scenes ... Valiant. -- Peter Kemp - Sunday Times

No less a writer than Margaret Atwood has said of Richard Powers that it's not possible for him to write an uninteresting book . On the evidence of The Overstory, he is continuing a remarkable run ... This is a mighty, at times even monolithic, work that combines the multi-narrative approach of David Mitchell's Cloud Atlas with a paean to the grandeur and wonder of trees that elegantly sidesteps pretension and overambition. Early comparisons to Moby-Dick are unfairly lofty, but this fine book can stand on its own ... Written with a freshness that belies the well-worn subject matter ... As befits a book that spans centuries, there is a richness and allusiveness to the prose that reaches back as far as Thoreau's Walden, and Emerson is an acknowledged touchstone. The Overstory is high-minded but never precious ... [A] majestic redwood of a novel ... It is fitting that it ends with a message of hope. As with Larkin, a belief that humanity is capable of redeeming itself and beginning afresh, afresh, afresh . - Observer

His monumental novel The Overstory accomplishes what few living writers from either camp, art or science, could attempt ... The Overstory is a delightfully choreographed, ultimately breathtaking hoodwink ... The opener is a gorgeous family saga with the texture of a Ken Burns documentary ... we're in the hands of Richard Powers, winner of a genius grant, a storyteller of such grand scope that Margaret Atwood was moved to ask: If Powers were an American writer of the 19th century, which writer would he be? He'd probably be the Herman Melville of Moby Dick. His picture really is that big ... Trees will bring these small lives together into large acts of war, love, loyalty and betrayal ... The descriptions of this deeply animate place, including a thunderstorm as experienced from 300 feet up, stand with any prose I've ever read ... The science in this novel ranges from fun fact to mind-blowing, brought to us by characters ... who are sweet or funny or maddening in all the relatable ways ... This is a gigantic fable of genuine truths held together by a connective tissue of tender exchange between fictional friend, lovers, parents and children. -- Barbara Kingsolver - New York Times Book Review

Richard Powers has a mighty purpose for The Overstory ... He is absolutely serious. He wants to pull down the sense of exceptionalism we humans carry around inside us ... Epically ambitious. In the face of climate change, Powers scorns fiction that restricts itself to individual human stories, private hopes, fears and desires . His fiction aims to be nothing less than environmental ... He writes such good prose ... Powers has to be admired for the sheer scale of this creation and the passion he has poured into it. -- David Sexton - Evening Standard

The Great American Novel has been written many times. From Herman Melville's Moby-Dick (1851) to Don DeLillo's Underworld (1997), American authors have produced works of sweeping grandeur that attempt to capture a people at a point in history. Yet these national epics have - you might conclude after reading The Overstory - failed to see the wood for the trees. ... Richard Powers' 12th novel is a rare specimen: a Great American Eco-Novel ... Yet the literary greats that really inform Powers' thinking and writing are the Transcendentalists Henry David Thoreau and Walt Whitman, as well as the metaphysical poets ... But the great literary tap root that grounds his sprawling novel is Ovid's The Metamorphoses ... The great fork that took us away from our natural environment and other living things, that led us to a place where we have unthinkingly destroyed forest after forest and species after species must be challenged, argues Powers, and challenged through stories. The best arguments in the world won't change a person's mind, he writes. The only thing that can do that is a good story. This is a good story. It will change the way you look at trees. - Financial Times

[A] rich literary canopy ... Powers, one of a remarkable generation of polymathic American novelists including William T. Vollmann and the late David Foster Wallace, has produced a brilliant encyclopaedic [novel] ... A rich entanglement of discourses, disciplines, data, characters and styles, mirroring the most biodiverse ecosystem. - Times Literary Supplement 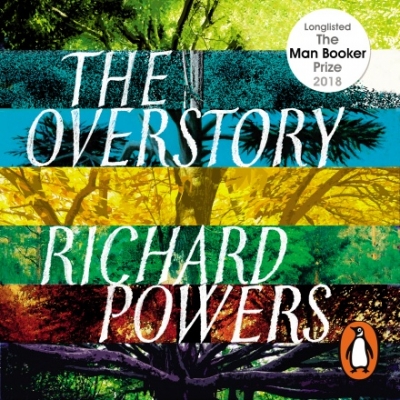 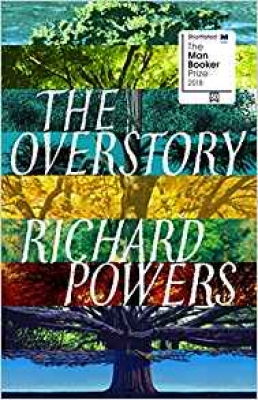