Jean lives in an America in which women have been forced to surrender all freedoms and are restricted to speaking 100 words a day, for the new government has decreed that women need to be Pure. They need to learn a lesson, as do gays and lesbians, who’ve been herded into camps. As to how this happened, the novel is sharp on collective collusion, and also shows the consequences of the coward’s sidestepping “I was only following orders” excuse. Indeed, the excruciating personal repercussions of the new regime are piercingly portrayed. Jean doesn’t have enough words to read bedtime stories to her daughter. One of her sons spouts patriarchal propaganda he’s picked up in class. Quite simply, it’s hard for her not to hate her male kin at times.

Then, Jean’s constraints in this censorious new world loosen a little when she’s told that the President’s brother has sustained a brain injury and her seminal aphasia research means she’s called on to cure him. As this powerful debut unfolds, undulating with personal conflicts and the discovery of sinister political programs, it also explores the essentialness of speech. It serves as a potent reminder to speak out when you’re able, for speech deprivation, whether due to force or illness, is a painful state of existence. Shocking, suspenseful and compulsive, this is a formidable cautionary tale for our time.

Silence can be deafening. Jean McClellan spends her time in almost complete silence, limited to just one hundred words a day. Any more, and a thousand volts of electricity will course through her veins. Now the new government is in power, everything has changed. But only if you're a woman. Almost overnight, bank accounts are frozen, passports are taken away and seventy million women lose their jobs. Even more terrifyingly, young girls are no longer taught to read or write. For herself, her daughter, and for every woman silenced, Jean will reclaim her voice. This is only the beginning...

A brilliant pacey, tense and dark read which was impossible to put down. At first I thought it was going to be too similar to The Handmaid's Tale but I was wrong. Following the life of a woman in a version of the USA where she can only say 100 words a day, it is full of tension and twists - skilfully written. Full review

A fast paced fantastic debut that will have you gripped, angered and cheering from the sidelines. Full review

A dark, dystopian thriller in which silence becomes a weapon against women. Full review

I'd certainly recommend this book but with a caveat... don't read it if you've read The Handmaid's Tale recently, as it feels too similar. Full review

The book is very gripping and thought-provoking. It really makes you think about how this is all too possible in the near future, and how important for women to fight for equal rights. Full review

`A petrifying re-imagining of The Handmaid's Tale in the present, and a timely reminder of the power and importance of language.' Marta Bausells, ELLE

`This book will blow your mind. The Handmaid's Tale meets Only Ever Yours meets The Power. Read it and shout about it in more than 100 words if you need to.' Nina Pottell, PRIMA

`VOX is intelligent, suspenseful, provocative, and intensely disturbing - everything a great novel should be.' LEE CHILD

`Thought-provoking and thrilling. I was left speechless!'

`Sure to beg comparisons to Margaret Atwood's dystopian The Handmaid's Tale, VOX highlights the urgency of movements like #MeToo, but also of the basic importance of language.' VANITY FAIR

`My favourite book of the year so far...' LISA HALL

`Fans of dystopian feminist fiction have been afforded an embarrassment of riches this year, but VOX has the sort of premise that immediately sets it apart.' IRISH INDEPENDENT

`For the book club... The aftershocks of #MeToo have crept into publishing... For fans of Red Clocks, The Power and The Handmaid's Tale'. SUNDAY TIMES STYLE

`A thought-provoking read on the importance of communication in our relationships, the role we play in the world and our freedom.' PSYCHOLOGIES

`A cautionary tale that is both haunting and thoroughly riveting.' THE DAILY BEAST

`If your psyche hasn't been completely shattered by THE HANDMAID'S TALE, might I suggest Christina Dalcher's VOX?' POPSUGAR 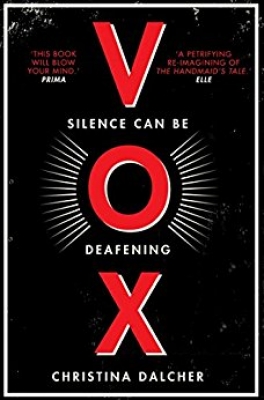 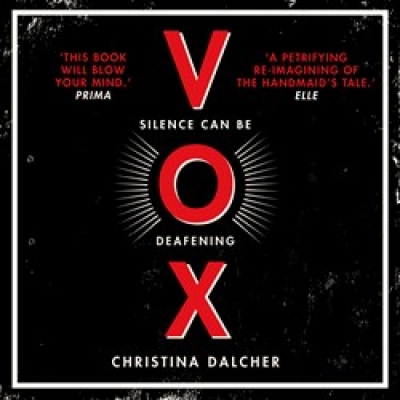