In a Nutshell: Young carers learn to live for today

Tender in both name and tone, this involving debut tackles tough themes with heart-wrenching honesty.

Marty’s mum struggles to get out of bed, while for Marty it’s the going to bed that’s the problem, “because that’s when the thinking starts… Give me the mornings anytime. Give me the light”. Marty’s life was on track until his dad died, but he’s now all but dropped out of school and is terrified of what might happen if the social workers knew how ill his mum has become. But it’s the social workers who give him a leaflet about a young carers group, which is where he meets Daisy…

Daisy has problems of her own. Her beloved brother Harry has debilitating muscular dystrophy. During one young carers meeting, Daisy is passionate about wanting to see the world, which seems impossible to Marty. His world is poorer and smaller. It’s confined to his estate and revolves around his mum. But, while they come from different worlds, they’re united by that fact that they both feel powerless when it comes to what matters most. Daisy can’t make Harry well, and Marty can’t bring back his dad or fix his mum. Consequently, they find solace - and more - in each other. Honest on the realities of mental illness, grief and how it feels to be a teen carer, this truly touching read shines a bright light of love and hope through Daisy and Marty’s darkest days.

Touching on mental health, family, friendship and the pressures that teenage carers face, as author Cat Clarke says, TENDER is a compassionate, compelling and unflinching novel . Marty and Daisy spend their lives pretending. Marty pretends his mum's grip on reality isn't slipping by the day. Daisy pretends her parents aren't exhausting themselves while they look after her incurably ill brother. They both pretend they're fine. But the thing about pretending is, at some point, it has to stop. And then what? 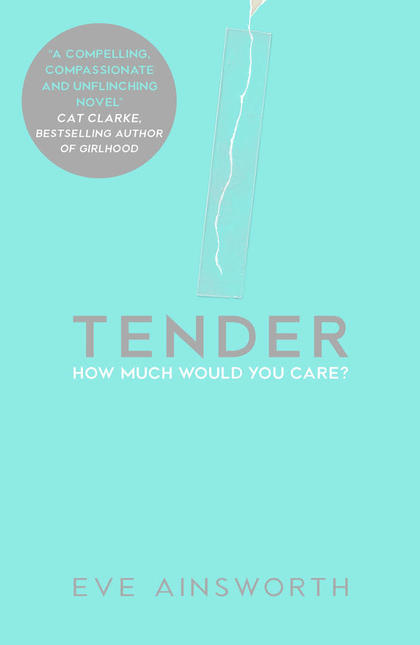 Eve Ainsworth lives in West Sussex. She works in a secondary school in child protection, helping and supporting teenagers with emotional and  behavioural issues. This is her first novel. Click here to read more about why Eve wrote Seven Days.

View All Books By Eve Ainsworth