I could just write something like gorgeous or sumptuous and leave it at that but perhaps I should elaborate on this paen of praise showcasing the best Railway architecture in Britain. It’s not all high Victorian, the book also includes the new – and glad I am to see we have some new architecture worthy of inclusion. And not all has been saved – think of the Euston Arch for one but there is enough here to spur thoughts of instant visits and appreciation of such gems as Glasgow and the unusual Art Deco Leamington Spa. Good linking text as ever from Simon Jenkins and I’d praise the photographer(s) too if only their names were included.  ~ Sue Baker

The perfect new gift from the bestselling author of Britain's 1000 Best Churches. It is the scene for our hopeful beginnings and our intended ends, and the timeless experiences of coming and going, meeting, greeting and parting. It is an institution with its own rituals and priests, and a long-neglected aspect of Britain's architecture. And yet so little do we look at the railway station. Simon Jenkins has travelled the length and breadth of Great Britain, from Waterloo to Wemyss Bay, Betws-y-Coed to Beverley, to select his hundred best.

Blending his usual insight and authority with his personal reflections and experiences - including his founding the Railway Heritage Trust - the foremost expert on our national heritage deftly reveals the history, geography, design and significance of each of these glories.Beautifully illustrated with colour photographs throughout, this joyous exploration of our social history shows the station's role in the national imagination; champions the engineers, architects and rival companies that made them possible; and tells the story behind the triumphs and follies of these very British creations. These are the marvellous, often undersung places that link our nation, celebrated like never before.

Every house in England should have a copy of this book -- Auberon Waugh on 'England's Thousand Best Churches'  Literary Review, Book of the Century

'Jenkins is, like all good guides, more than simply informative: he can be courteous and rude, nostalgic and funny, elegant, convincing and relaxed  Adam Nicolson on England's Thousand Best Houses    Evening Standard

Any passably cultured inhabitant of the British Isles should ask for, say, three or four copies of this book -- Max Hastings on 'England's Thousand Best Houses'  Sunday Telegraph

Full of the good judgements one might hope for from such a sensible and readable commentator, and they alone are worth perusing for pleasure and food for thought -- Michael Wood on 'A Short History of England'  New Statesman 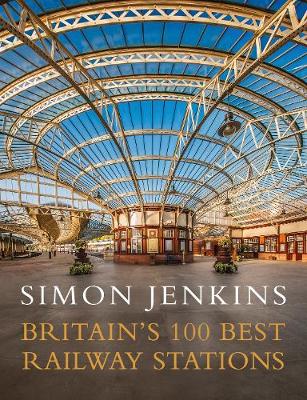 View All Books By Simon Jenkins