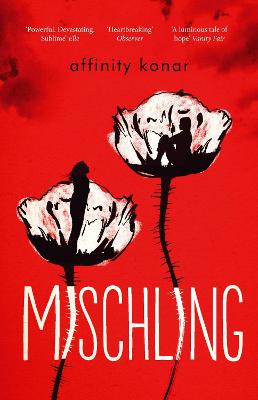 One of Our Books of the Year 2017 |  Not a thriller by any means, unless the quest by a twin sister to discover what happened to her other half in the horror of the concentration camps might qualify it as such, young American author Konar's literary novel aims straight for the heart, a lyrical evocation of both the bonds between siblings, the power of dreams and hope but also of the abominable power of ordinary evil which the Nazis released into the world. The sad tale of identical twins Pearl and Stasha Zagorski and how their personalities (and mutilated bodies) were modified by Doctor Mengele in the horrors of Auschwitz becomes an elegy to beauty and the invisible language of children. Despite the terrible nature of the subject, Konar manages to bring a new sensibility to it and turns this poignant story of an aspect of WW2 which should never be forgotten into a curious and moving fairy tale of sorts, and a salutory reminder. Like a flower on the scorched grounds of hell, this is a story about the human spirit, in the tradition of Primo Levi and The Child Thief, which should be praise enough. ~ Maxim Jakubowski

A very special, rather beautiful, and truly unforgettable novel, this is a story that has become a part of me, and is now lodged in my soul. 13 year old twins, Pearl and Stasha are star ‘attractions’ at Mengele's Zoo. In the midst of the nightmare of Auschwitz, they witness the very worst and best of humanity in conditions that are almost impossible to comprehend. Each girl tells their own story, each child’s voice, views from a position of innocence and experience, a world of confusion, horror, and love. While this is deeply unsettling, uncomfortable, and my brain often wanted to skirt some of the searing truths, it is also a touching, stunning read. Affinity Konar writes with an exquisite hand, sparks of affection and passion flame through the darkness. ‘Mischling’ darts through thoughts like a dream of a memory, waking them to a harrowing age old horror, yet also displaying the true wonder of humanity, the love our hearts can hold. ~ Liz Robinson

It's 1944 when the twin sisters arrive at Auschwitz with their mother and grandfather. In their benighted new world, Pearl and Stasha Zagorski take refuge in their identical natures, comforting themselves with the private language and shared games of their childhood. As part of the experimental population of twins known as Mengele's Zoo, the girls experience privileges and horrors unknown to others, and they find themselves changed, stripped of the personalities they once shared, their identities altered by the burdens of guilt and pain. That winter, at a concert orchestrated by Mengele, Pearl disappears. Stasha grieves for her twin, but clings to the possibility that Pearl remains alive. When the camp is liberated by the Red Army, she and her companion Feliks - a boy bent on vengeance for his own lost twin - travel through Poland's devastation. Undeterred by injury, starvation, or the chaos around them, motivated by equal parts danger and hope, they encounter hostile villagers, Jewish resistance fighters, and fellow refugees, their quest enabled by the notion that Mengele may be captured and brought to justice within the ruins of the Warsaw Zoo. As the young survivors discover what has become of the world, they must try to imagine a future within it.

What To Read After Mischling

'Mischling is a paradox. It's a beautiful novel about the most odious of crimes, it's a deeply-researched act of remembrance that somehow carries the lightness of a fairy tale, and it's a coming-of-age story about children who aren't allowed to come of age. If your soul can survive the journey, you'll be rewarded by one of the most harrowing, powerful, and imaginative books of the year' -- Anthony Doerr, bestselling author of ALL THE LIGHT WE CANNOT SEE

'Affinity Konar is an astonishing and fearless writer, whose great gift to us is this book. With incantatory magic, she marches through the most nightmarish of landscapes, swinging her light' -- Karen Russell, author of SWAMPLANDIA

'Affinity Konar's Mischling is a piercing novel written with chin-up virtuosity. The prose is dazzling, and the story of these twins is moving and searing, and as powerful as the best mythic stories of the masters of old' -- Chigozie Obioma, author of THE FISHERMEN

'Affinity Konar's MISCHLING is a tale of courage, courageously told - spare and beautiful, riveting and heartrending... A case of extraordinary storytelling from first page to transcendent last' -- David Wroblewski, author of THE STORY OF EDGAR SAWTELLE

'Konar has woven a masterful and poignant account of a pair of twin sisters who cannot be separated, even by the cruelest hand of fate. Her prose is mystical and delicately poetic, and she uses her manifold gifts to tell a deeply engaging story of fortitude and triumph' -- Lucette Lagnado, author of CHILDREN OF THE FLAMES and THE MAN IN THE SHARKSKIN SUIT 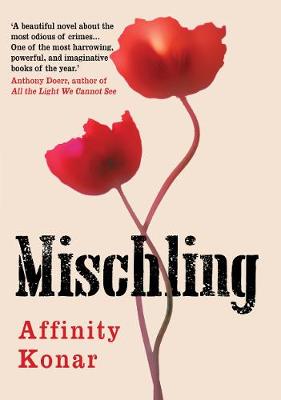 Affinity Konar was raised in California. She is a graduate of Columbia University's MFA program.

View All Books By Affinity Konar