This is a welcome reissue for Pantomime, the first volume of Laura Lam’s sparkling and original fantasy trilogy. Set in a world not unlike our own 19th century it tells the story of Gene a teenager who runs away to join the circus. Lam weaves something very special from this familiar set-up. She takes chances, embraces the point of view of the outsider, the different and is not shy of leaving mystery to the reader. Gene comes from a wealthy and noble family but chafes at the roles open to her, for she feels herself to be an outsider. Gene is both male and female and lives in a world that isn’t ready to deal with such an ambiguity so she runs away and, posing as a boy, employs her climbing skills to join a travelling circus. Keeping her secret she can nevertheless draw comfort from the society of others who don’t quite fit. The world of the circus is richly and warmly described by Lam, though not sentimentally - this is no escape from a wider harshness. The world the circus moves on is one of harsh class divisions and great want. It contains relics of a lost civilisation and as Gene travels she learns more about the past, more about the possibility of an actual magic and more about the fears for a dark future. Evocative, strange and full of empathy, this is a novel about identity and the celebration of difference. It’s perfect for lovers of Angela Carter and Erin Morgenstern. ~ Simon Spanton

In a land of lost wonders, the past is stirring once more ...Gene's life resembles a debutante's dream. Yet she hides a secret that would see her shunned by the nobility. Gene is both male and female. Then she displays unwanted magical abilities - last seen in mysterious beings from an almost-forgotten age. Matters escalate further when her parents plan a devastating betrayal, so she flees home, dressed as a boy. The city beyond contains glowing glass relics from a lost civilization. They call to her, but she wants freedom not mysteries. So, reinvented as 'Micah Grey', Gene joins the circus. As an aerialist, she discovers the joy of flight - but the circus has a dark side. She's also plagued by visions foretelling danger. A storm is howling in from the past, but will she heed its roar?

'Pantomime by Laura Lam took me to an exotic and detailed world, peopled by characters that I'd love to be friends with ... and some I'd never want to cross paths with' -- Robin Hobb

'Pantomime is a fantastical, richly drawn, poignant take on a classic coming-of-age story ... a vibrant tale told with surety and grace' -- Leigh Bardugo

'Set in a vividly imagined world with wonderful steampunk touches, Pantomime is a fable-like story as beautifully unique as its main character' -- Malinda Lo

'A lyrical, stunningly written debut novel, which set my heart racing with every lift of the trapeze. In Micah we have one of the most original - and likeable - protagonists I've read in a long time. An author to watch, without a doubt' -- Amy McCulloch

'Micah is the most wonderful, complex, brave and contemporary teenage hero I've read, facing issues of identity and responsibility that will resound with any reader who has felt like an outsider. Pantomime is loving in its detail but hints at so much scope to come, it feels like the set up for an epic sequel. I raced through this book, desperate to know what happens next' -- Bryony Pearce

'Welcome to a world of shills and showmen, fading tech and circus freaks, where nothing and no-one is what it appears. An absorbing, accomplished debut' -- Elspeth Cooper

'Who hasn't dreamed off running off and joining the circus? Laura Lam's Micah does just that, discovering a world of clowns and acrobats, con men and tricksters, corruption and incompetent doctors ... I look forward to more from this author' -- Brian Katcher

'In Pantomime, Laura Lam has created a world which will take your breath away, and characters you will never want to leave. Enchanting' -- Lou Morgan

'Ancient myths, vintage tech and living wonders abound in the riotous carnival of fancy which is Pantomime. Lam paints her world with greasepaint and stardust while exploring the notion of the circus 'freak with subtle brilliance. A spectacular and brave debut' -- Kim Lakin-Smith 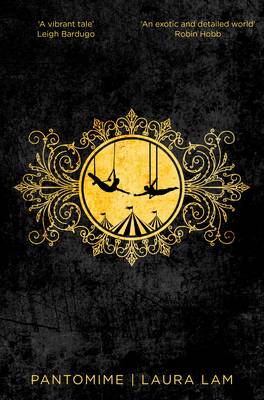 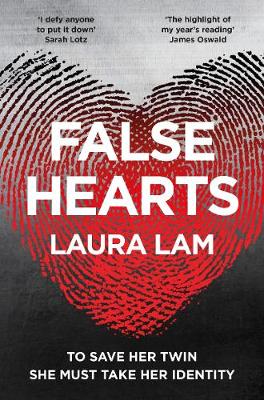