Timothy Buchannan buys an abandoned house on the edge of an isolated village on the coast, sight unseen. When he sees the state of it he questions the wisdom of his move, but starts to renovate the house for his wife, Lauren to join him there. When the villagers see smoke rising from the chimney of the neglected house they are disturbed and intrigued by the presence of the incomer, intrigue that begins to verge on obsession. And the longer Timothy stays, the more deeply he becomes entangled in the unsettling experience of life in the small village. Ethan, a fisherman, is particularly perturbed by Timothy's arrival, but accedes to Timothy's request to take him out to sea. They set out along the polluted coastline, hauling in weird fish from the contaminated sea, catches that are bought in whole and removed from the village. Timothy starts to ask questions about the previous resident of his house, Perran, questions to which he receives only oblique answers and increasing hostility. As Timothy forges on despite the villagers' animosity and the code of silence around Perran, he starts to question what has brought him to this place and is forced to confront a painful truth. The Many is an unsettling tale that explores the impact of loss and the devastation that hits when the foundations on which we rely are swept away.

What To Read After The Many 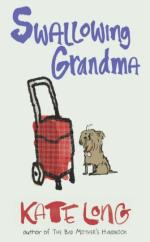 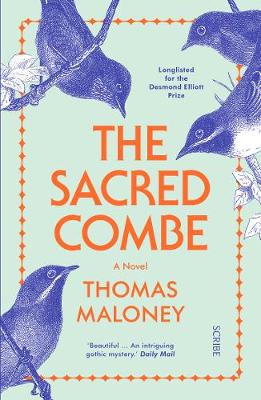 The Many unfolds like an unsettling dream, shifting illogically, asking the reader to accept leaps from reality to what seems like it may be fantasy (or may be a matter of perception). But it's not just a strange fable, there is humanity in it too: Ethan's palpable grief for Perran; the locals
struggle to adapt to a world in which their former livelihoods have become obsolete

; the touches of tenderness in Timothy and Lauren's scenes together. Its portrayal of a community left behind by technology and bureaucracy, suspicious of the threat represented by 'outsiders', is recognisable and timely - perhaps even more so now than the author may have intended. Learn This Phrase Though it was perhaps not written with this in mind, reading the novel during the nightmarish toxicity of the EU Referendum gives it an interesting prescience in its exploration of a failing, unwelcoming community's reaction to an outsider, the decaying environment that surrounds them both and the looming warnings of a distant bureaucracy. That fishing quotas, ecology and environmental regulations are also part of the ongoing debate feeds into that sense of a discussion in microcosm. The sense of loss that permeates here is not just related to the personal, but to the social and communal as well. Film and Other Assorted Buffery The sparse prose is dark and intense, strikingly written with a haunting quality that sends shivers through the soul. neverimitate This book is powerfully written and haunting. Always teetering on the edge of the gothic, Menmuir describes a coastal community that is dreamlike, slightly out of focus, with its own rules that Timothy never grasps. At the same time, it is rooted in the real world: remote bureaucracy, plummeting fish stocks and maritime pollution have blighted the lives of the fishermen. Blue Book Balloon 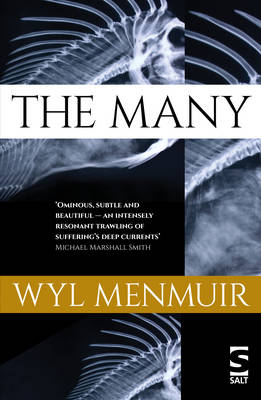 Wyl Menmuir was born in 1979 in Stockport. He lives on the north coast of Cornwall with his wife and two children and works as a freelance editor and literacy consultant. The Many is his first novel.

View All Books By Wyl Menmuir