“Uman didn't make me do what I did. He made me realise I wanted to do it,” explains Gloria, the narrator of this absorbing psychological thriller, but both her parents and the police find this impossible to believe.

After vanishing for fifteen days, Gloria is being questioned as to why she went on the run with a boy she’d only recently met. But it makes sense to Gloria. Enigmatic Uman does things his own way, never “giving a damn what anyone thought of him”. While initially sceptical of his claim to be able to “read” people, Gloria can't deny it when Uman says he knows that her “life disappoints her”, a truth no one else has noticed. And so their relationship shifts from “impending” to “embryonic”, to use Uman's inimitable turn of phrase, and they run away, the course of their journey determined by a pack of cards.

Thriller fans will be as enthralled by this book as Gloria is by Uman’s free-spiritedness. It’s exquisitely plotted, and the existential undercurrent gives it an additional edge of intrigue. ~ Joanne Owen

Gloria is tired of her ordinary life. She barely recognizes the free-spirited girl she used to be in the unadventurous teenager she has become. So when a mysterious boy bent on breaking the rules strolls into her classroom, Gloria is ready to fall under his spell. Uman is funny, confident and smart. He does whatever he likes and doesn't care what anyone thinks of him. The only people for him are the mad ones, the ones who never yawn or say a commonplace thing but burn, burn, burn. He is everything Gloria wishes to be. He can whisk her away from the life she loathes and show her a more daring, more exciting one, in which the only limits are the boundaries of her own boldness. But Uman in not all he seems and by the time she learns the truth about him, she is a long way from home and everyone wants to know, Where's Gloria?

What To Read After Twenty Questions for Gloria 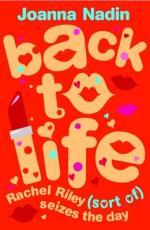 Martyn Bedford is the author of five novels for adults and two for young adults.He has also had numerous short stories published in anthologies, newspapers and magazines and broadcast on radio and the Internet. Martyn is a graduate of the MA in Creative Writing at the University of East Anglia, where he studied under Malcolm Bradbury and Rose Tremain. He is a senior associate lecturer in creative writing at Leeds Trinity University College and has previously taught at Manchester, Leeds and Leeds Metropolitan universities, as well as an academic writing residency at Leeds Trinity as a Royal Literary Fund ...

View All Books By Martyn Bedford