Allie Fox is going to re-create the world. Abominating the cops, crooks, junkies and scavengers of modern America, he abandons civilisation and takes the family to live in the Honduran jungle. There his tortured, messianic genius keeps them alive, his hoarse tirades harrying them through a diseased and dirty Eden towards unimaginable darkness.

'An epic of paranoid obsession that swirls the reader headlong to deposit him on a black mudbank of horror.' Christopher Wordsworth, Guardian

Paul Theroux was born in Medford, Massachusetts in 1941 and published his first novel, Waldo, in 1967. His subsequent novels include The Family Arsenal, Picture Palace, The Mosquito Coast, O-Zone, Millroy the Magician, My Secret History, My Other Life, and, most recently, A Dead Hand. His highly acclaimed travel books include Riding the Iron Rooster, The Great Railway Bazaar, The Old Patagonian Express, Fresh Air Fiend, and Ghost Train to the Eastern Star. He divides his time between Cape Cod and the Hawaiian Islands.   Author photo © William Furniss 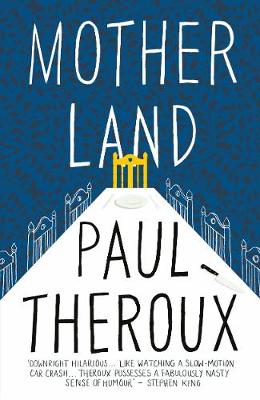 View All Books By Paul Theroux