Part of the The Station Series Series

A spectacular British SF debut that brings William Gibson’s cyberpunk genre to new heights and another dimension. It’s the first in a two-part series with Waking Hell to follow. Jack Forster is an involuntary space mercenary who’s survived a bad war against a alien artificial intelligence superpower with his puppet, Hugo Fist. Fist is not just a puppet but a seriously mortal weapon and will be taking over Jack’s body and consciousness very soon as they argue over their respective fates, their cooperation and struggles in questioning the Gods of the Pantheon that rules the solar system. Incredibly original and with the impact that NEUROMANCER once had, this will leave you both breathless and laughing as the deadly puppet is somewhat profane at best and anything but cuddly. Robertson also evokes a melancholy touch that contrasts strongly with the non-stop action and provides the book with another level of appeal. I can’t wait for the next volume (although this one does read quite independently).

With Earth abandoned, humanity resides on Station, an industrialised asteroid run by the sentient corporations of the Pantheon. Under their leadership a war has been raging against the Totality - ex-Pantheon AIs gone rogue. With the war over, Jack Forster and his sidekick Hugo Fist, a virtual ventriloquist's dummy tied to Jack's mind and created to destroy the Totality, have returned home. Labelled a traitor for surrendering to the Totality, all Jack wants is to clear his name but when he discovers two old friends have died under suspicious circumstances he also wants answers. Soon he and Fist are embroiled in a conspiracy that threatens not only their future but all of humanity's. But with Fist's software licence about to expire, taking Jack's life with it, can they bring down the real traitors before their time runs out?

What To Read After Crashing Heaven 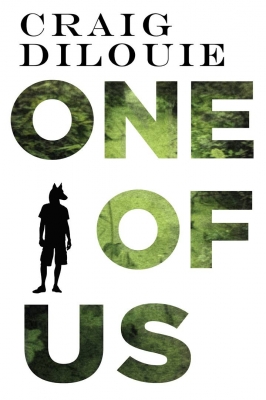 'A stylish blend of techno thriller and hard' SF SFX

'Seriously satisfying cyberpunk action meets thoughtful moral philosophy with a dash of detective noir and a supersized side of striking science - the year's best debut to date, and make no mistake' Tor.com

'One of the most unusual books I've read this year ... could be the start of something that is going to be very big indeed' SFF World

'Jam packed with innovative ideas and fresh approaches to storytelling, Crashing Heaven could just be the one book that everyone will talk about in 2015' Upcoming 4 Me

'Come for the running through corridors shooting things, or for the altering virtual realities to break into secured areas, and stay for the quiet conversations between a man and the AI which will eventually kill him. Very much worth the read' SF&F Reviews

Al Robertson has had short stories and poems published in various magazines and anthologies. His work has been shortlisted for the BSFA Short Story Award and longlisted for the British Fantasy Awards. Al Robertson is a Creative Consultant on branding. He lives in Brighton and Crashing Heaven was his first novel.

View All Books By Al Robertson