LoveReading View on The Fair Fight

Rich storytelling set in and around late 18th century Bristol with each character being given a voice and view in separate chapters.  You are driven to read chapter after chapter to gather the differing viewpoints of the plot; highly compulsive.  It centres on a group of female boxers and their patrons which is quite fascinating.  It’s sort of Georgette Heyer with bite.  Bawdy, rude and fun, there are three main girls, Ruth in particular is delightfully course!  Careful attention is paid to the street language of the time and the contrast of rich and poor is well drawn.  But in the end it seems that alcohol and gaming addiction are the real stars. ~ Sarah Broadhurst

I sat before my tambour hoop but I did not sew. I thought of split lips, flying teeth and red blood on white linen. Born in a Bristol brothel, Ruth Webber, her toe upon the scratch, is ready to face all comers. Lady Charlotte Sinclair, scarred with small pox and bullied by her boorish brother, is on the verge of smashing the bonds of convention that have held her for so long. George Bowden, without inheritance or title, is prepared to do whatever it takes to make his way in the world. Let the fight begin ...

'The Fair Fight is a hugely exciting and entertaining novel, written with warmth, charm, authority and, above all, terrific flair. I loved it.' SARAH WATERS

'(A) cracking debut... It is a lively, rambunctious read which captures Bristol street life brilliantly and niftily sets the scene for a memorable collection of characters who are prepared to gamble everything to gain hope and some form of happiness.' -- Eithne Farry SUNDAY EXPRESS

'Anna Freeman's familiarity with this rough and raunchy period of history and her wonderfully imagined cast of characters, often down but never out, makes this a brilliant debut novel.' -- Rose Wild THE TIMES

'This storming debut is fiction at its most absorbing. It'll be first in line for Freeman's next offering.' -- Kat Poole STYLIST

'For lovers of the evocative historical romps of Sarah Waters and Michel Faber this is a visceral and funny debut.' EMERALD STREET

Anna Freeman is a lecturer in Creative Writing at Bath Spa University as well as a multiple slam-winning performance poet who has appeared at festivals across Britain including Latitude and Glastonbury. She lives in Bristol. The Fair Fight is her first novel.   Author pic © Paul Blakemore 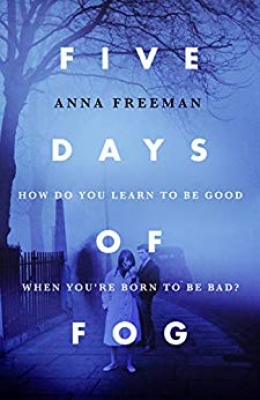 View All Books By Anna Freeman