Infinitesimal How a Dangerous Mathematical Theory Shaped the Modern World

On August 10, 1632, five leading Jesuits convened in a sombre Roman palazzo to pass judgment on a simple idea: that a continuous line is composed of distinct and limitlessly tiny parts. The doctrine would become the foundation of calculus, but on that fateful day the judges ruled that it was forbidden. With the stroke of a pen they set off a war for the soul of the modern world. 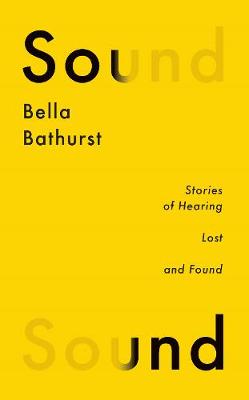 'Clever and enthralling.
Simon Schaffer, Professor of the History of Science, University of Cambridge

'We thought we knew the whole story: Copernicus, Galileo, the sun in the centre, the Church rushing to condemn. Now this remarkable book puts the deeply subversive doctrine of atomism and its accompanying mathematics at the heart of modern science.'
Margaret C. Jacob, Distinguished Professor of History, University of California, Los Angeles

'A seamless synthesis of cultural history and storytelling... The history of mathematics has rarely been so readable.'
Michael Harris, Professor of Mathematics, Columbia University and Universite Paris Diderot

'You may find it hard to believe that illustrious mathematicians, philosophers, and religious thinkers would engage in a bitter dispute over infinitely small quantities. Yet this is precisely what happened in the seventeenth century. In Infinitesimal, Amir Alexander puts this fascinating battle in historical and intellectual context.'
Mario Livio, Astrophysicist, Space Telescope Science Institute, and author of Brilliant Blunders: Fr

'Gripping... Amir Alexander writes with elegance and verve... A page-turner full of fascinating stories about the struggles of remarkable individuals and ideas, Infinitesimal will help you understand the world at a deeper level.'
Edward Frenkel, Professor, University of California at Berkeley, and author of Love and Math

's Cabinet of Mathematical Curiosities Bertrand Russell once wrote that mathematics had a 'beauty cold and austere'... Amir Alexander shows that mathematics can also become entangled in ugliness hot and messy... [a] fascinating narrative. New York Times 'A gripping and thorough history of the ultimate triumph of the mathematical tool... Infinitesimal will inspire you to dig deeper into the implications of the philosophy of mathematics and knowledge'
New Scientist

'A complex story told with skill and verve... Alexander does an excellent job of presenting both sides of the debate.'
THES Book of the Week

'Amir Alexander's enthralling book presents a controversial mathematical breakthrough, vividly describing the players and showing exactly what was at stake.'
Tony Mann, Director of the Maths Centre, University of Greenwich and Former President of the British

Amir Alexander teaches history at UCLA. He is the author of Geometrical Landscapes and Duel at Dawn. His work has been featured in Nature, the Guardian, among others. He lives in Los Angeles, California.

View All Books By Amir Alexander