Winner of the Arthur C Clarke Award for Science Fiction 2015.

Longlisted for the Baileys Women's Prize for Fiction 2015.

Following four wonderful literary crime novels (to be issued in the UK later), Canadian author Mandel breaks through with a beautifully modulated post-apocalypse tale, where a virus has decimated the world and a troupe of musicians and Shakespearean actors tour the Great Lakes area and hold up the flame of culture and civilisation. Through the prism of a variety of interlinked characters before and after the fall of society, Mandel offers a melancholy and poetic lullaby for the power of art and the succour of relationships. Full of striking images and strands: the rise and fall of a Falstaffian actor, the coming of age of a young girl in a brand new world, an airport that becomes a museum for humanity, the stark realities of a land now at war with itself and full of feral survivors, a comic strip whose provenance is prophetic, Mandel weaves a clever and moving web that will stay with you for a very long time.

Chair of the Arthur C. Clarke Award judges, Andrew M Butler, said: “While many post-apocalypse novels focus on the survival of humanity, Station Eleven focuses instead on the survival of our culture, with the novel becoming an elegy for the hyper-globalised present.”

Not another plague apocalyptic book you cry!  Oh yes, only this one is a bit special.  It describes the ‘end of civilisation as we know it’ and the accompanying death of most of the world’s population in a highly effective, gentle way.  Short snippets tell of gigantic events.  We get lives before and after the ‘Georgia flu’ concentrating on an actor, a comic graphic artist and a group of travelling performers.  The comic, starring one Dr Eleven, links both sections in a poignant manner.  This is a very impressive work, a thrilling tale, a must read.

DAY ONE The Georgia Flu explodes over the surface of the earth like a neutron bomb. News reports put the mortality rate at over 99%. WEEK TWO Civilization has crumbled. YEAR TWENTY A band of actors and musicians called the Travelling Symphony move through their territories performing concerts and Shakespeare to the settlements that have grown up there. Twenty years after the pandemic, life feels relatively safe. But now a new danger looms, and he threatens the hopeful world every survivor has tried to rebuild. STATION ELEVEN Moving backwards and forwards in time, from the glittering years just before the collapse to the strange and altered world that exists twenty years after, Station Eleven charts the unexpected twists of fate that connect six people: famous actor Arthur Leander; Jeevan - warned about the flu just in time; Arthur's first wife Miranda; Arthur's oldest friend Clark; Kirsten, a young actress with the Travelling Symphony; and the mysterious and self-proclaimed 'prophet'. Thrilling, unique and deeply moving, this is a beautiful novel that asks questions about art and fame and about the relationships that sustain us through anything - even the end of the world.

'Station Eleven is a firework of a novel. Elegantly constructed and packed with explosive beauty, it's full of life and humanity and the aftershock of memory.'  Lauren Beukes, author of THE SHINING GIRLS

Patrick deWitt, author of THE SISTERS BROTHERS (shortlisted for the 2011 Man Booker Prize) 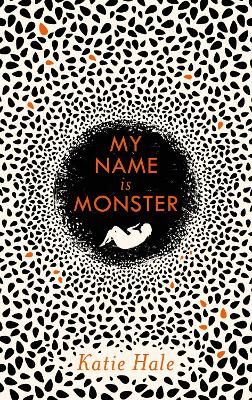 Emily St. John Mandel was born in Canada and studied dance at The School of Toronto Dance Theatre. She is the author of the novels Last Night in Montreal, The Singer's Gun, The Lola Quartet and Station Eleven and is a staff writer for The Millions. She is married and lives in New York.   Author photo © Dese'Rae L. Stage