The girl was lying on the steps of the Foundling Museum, dressed all in white. Four girls have disappeared in North London. Three are already dead. Britain's most prolific child killer, Louis Kinsella, has been locked up in Northwood high-security hospital for over a decade. Now more innocents are being slaughtered, and they all have a connection to his earlier crimes. Psychologist Alice Quentin is doing research at Northwood. She was hoping for a break from her hectic London life, but she'll do anything to help save a child - even if it means forming a relationship with a charismatic, ruthless murderer. But Kinsella is slow to give away his secrets, and time is running out for the latest kidnap victim, who is simply trying to survive...

What To Read After The Winter Foundlings 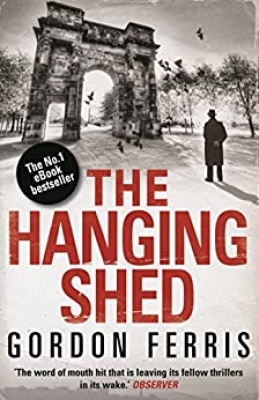 A young girl is discovered lying on the steps of the Foundling Museum, dressed completely in white. Four girls have gone missing in North London, with three already discovered dead. But the killer cannot be Britain’s most prolific child murderer Louis Kinsella, who has been securely locked in Northwood high security hospital for ten years. However, people are dying, and it is up to psychologist Alice Quentin to find out why. Powerful psychological crime writing.

'One of the most absorbing books I've read in a long time. Alice Quentin is such a warm character - unique, yet very real. I loved the sense of menace too - perfectly thrilling.'

'One of those books that leaves the reader wanting more. The life of the each character is so vividly painted that even those in minor roles become intriguing, and the pace never slackens from the first page to the last'.

Rachel Abbott, author of Only the Innocent

Elizabeth Haynes, author of Into the Darkest Corner

'A fast-moving, entertaining mix of sex, suspense and serial killings'

'Like Nicci French, Kate Rhodes excels at character, pace and sense of place'

Kate Rhodes was born in London. She completed a doctorate in American literature, then taught English at universities in Britain and the United States. She has published two collections of poetry, Reversal and The Alice Trap, and her writing has won a number of awards and been shortlisted for prizes including the Forward Prize. She currently works as an educational consultant, and lives in Cambridge with her husband, a writer and film maker.   Author photo © Geoff Buono

View All Books By Kate Rhodes