A Much Married Man

LoveReading Expert Review of A Much Married Man

An amusing satire on modern marriage and the mistakes that are made, all set around a beautiful Elizabethan house and estate and a private London bank.  You can see it all going wrong but not know how the problems are resolved.  Satisfying, glamorous and highly absorbing.  Anthony is a thoroughly decent man who is really too kind for his own good.  A lovely read.

A Much Married Man Synopsis

As Anthony Anscombe surveys Winchford Priory, his beautiful Elizabethan house in Oxfordshire, he has the distinct feeling that he's under siege. He may be surrounded by his sprawling estate and one of the best pheasant shoots in the country, but lurking in the village are more than one or two reminders of a complicated past.

His first wife was the hauntingly beautiful girl he married in an impulsive rush of hedonism. Amanda was never going to live up to her role as the wife of a country squire, so why does she still cast such a long shadow in Anthony's life?

Sandra, the second wife, came to Anthony's rescue. Sturdy, dependable and domesticated, Sandra had plans to turn the Priory into a proper family home, until that summer when it all went horribly wrong...

And then there's Dita, a force of nature. Smart, tough, rapaciously social and high-maintenance, Dita storms through Anthony's life, organising and rearranging, particularly when it comes to previous Mrs Anscombes and their children.

With the entire cast of his life roosting in the village, it's no wonder Anthony doesn't have a minute's peaceâ€¦ 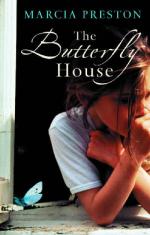 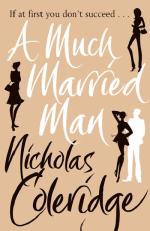 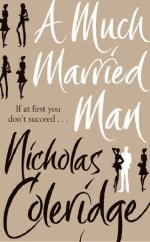 Nicholas Coleridge is managing director of Condé Nast in Britain, the magazine publishing house that includes Vogue, Tatler, House & Garden and Vanity Fair. He has written two previous novels and lives in London. He is married with four children.

View All Books By Nicholas Coleridge