The May Bride Synopsis

I didn't stand a chance: looking back over thirteen years, that's what I see. In the very first instant, I was won over, and of course I was: I was fifteen and had been nowhere and done nothing, whereas Katherine was twenty-one and yellow-silk-clad and just married to the golden boy...Jane Seymour is a shy, dutiful fifteen-year-old when her eldest brother, Edward, brings his bride home to Wolf Hall. Katherine Filliol is the perfect match for Edward, as well as being a breath of fresh air for the Seymour family, and Jane is captivated by the older girl. Over the course of a long, hot country summer, the two become close friends and allies, while Edward is busy building alliances at court and advancing his career. However, only two years later, the family is torn apart by a dreadful allegation made by Edward against his wife. The repercussions for all the Seymours are incalculable, not least for Katherine herself. When Jane is sent away, to serve Katharine of Aragon, she is forced to witness another wife being put aside, with terrible consequences. Changed forever by what happened to Katherine Filliol, Jane comes to understand that in a world where power is held entirely by men, there is a way in which she can still hold true to herself.

The May Bride Press Reviews

Her ear for the rhythms of speech is unerring, her feeling for the minutiae of experience acute. It takes a good deal of artistry to create the illusion of real life, and she has managed something more difficult still, which is to show us how strange real life can be. -  The Times

The Queen of Subtleties offers a stunningly refreshing way of retelling an old story. I often abandon historical novels nowadays, but I really could not put this one down. It brings Anne Boleyn to life as never before, and, probably for the first time ever in fiction, Henry VIII emerges as a truly credible character in an authentic setting.  - Alison Weir

Suzannah Dunn...weaves...a love story that is both moving and believable...of second chances at love, and passion reawakened. -  Daily Telegraph 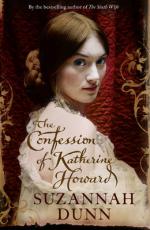