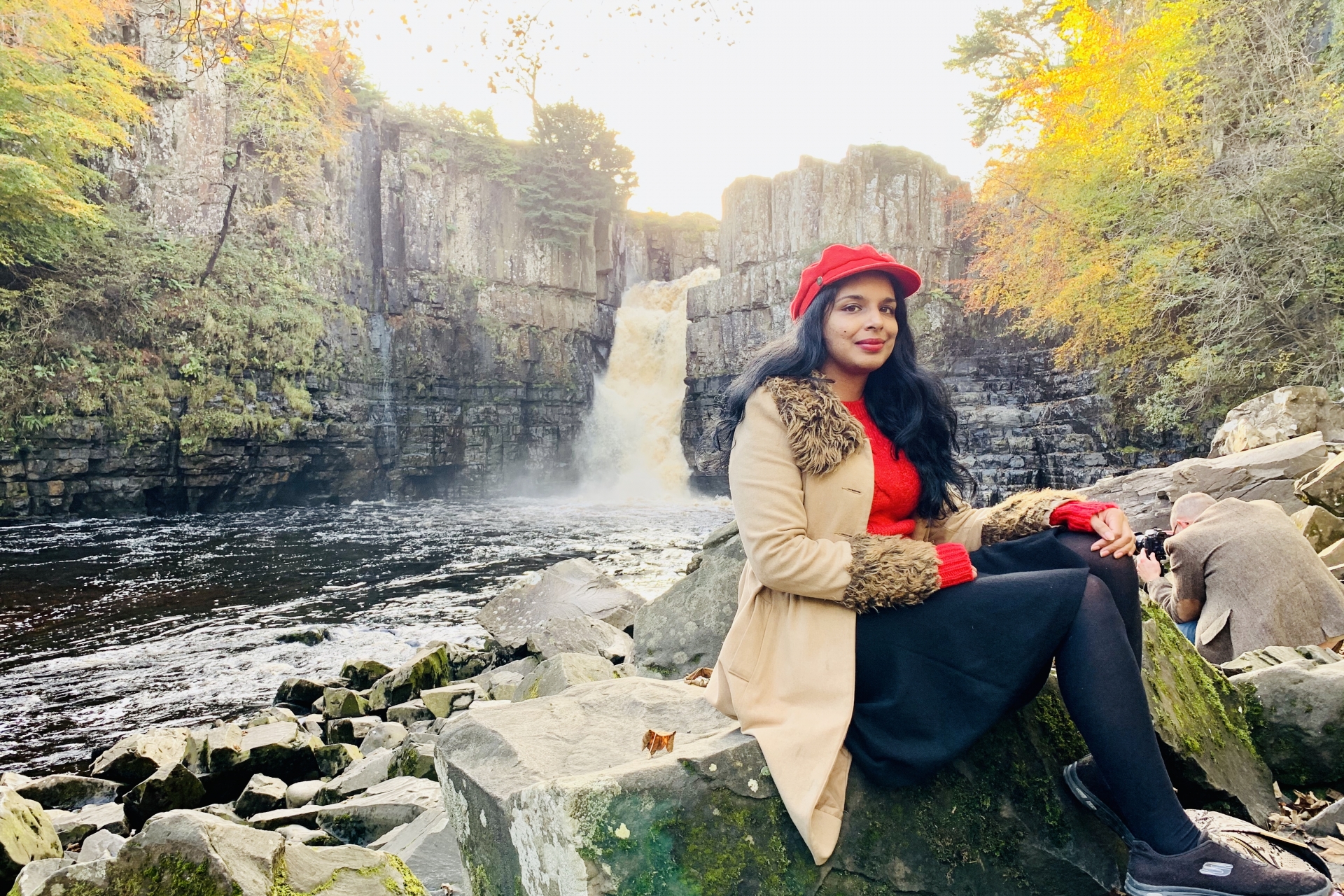 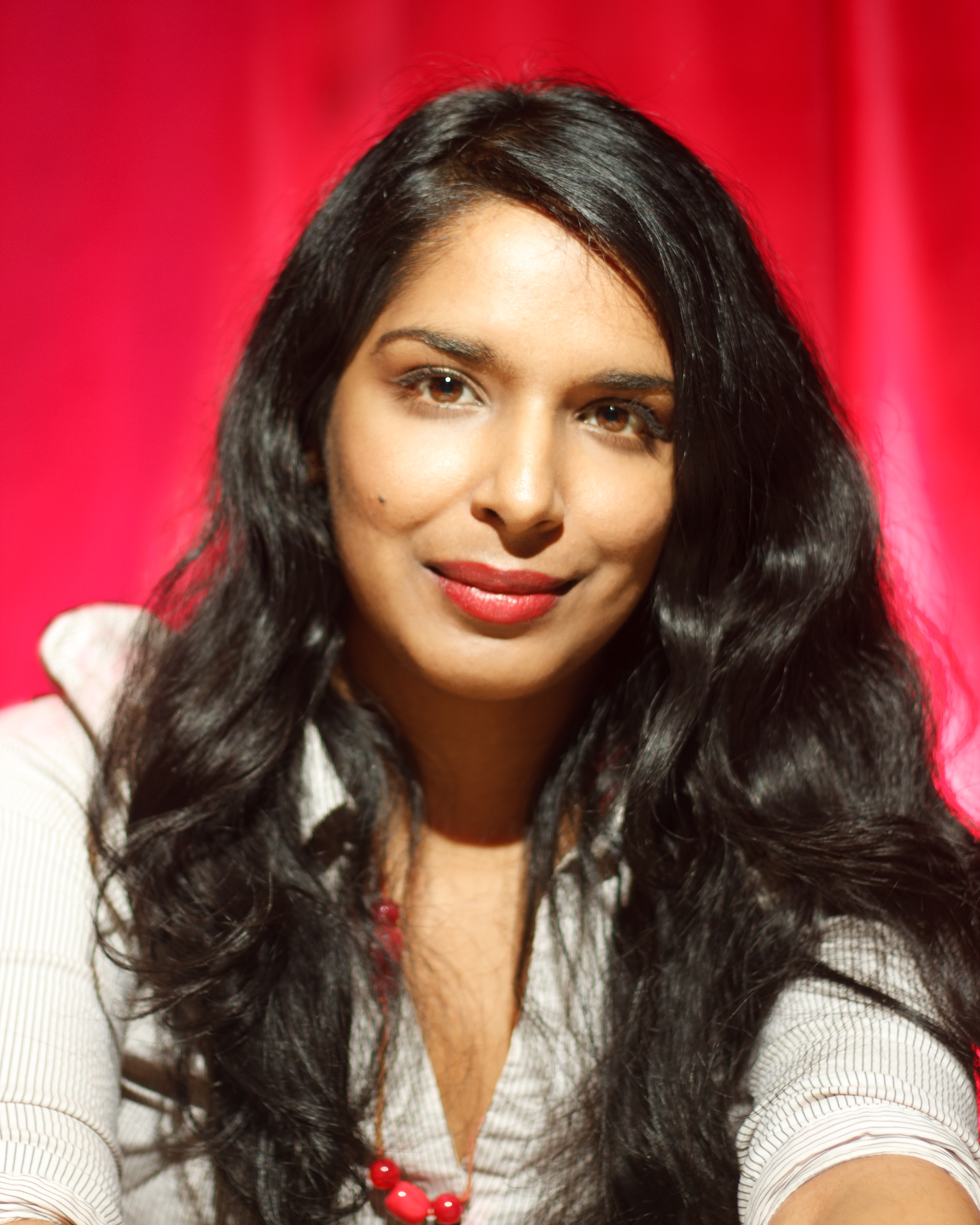 LoveReading Star Book I Belong Here is one that our team have truly connected with, so we were delighted when author Antia Sethi agreed to be our Debut Author of the Month for July. This may be Anita’s first book, but she has already been published in anthologies, her writing has appeared in various papers, and she has broadcasting credits on the BBC and Sky. Anita wrote I Belong Here after she was the victim of a vicious race-hate crime and decided to hike in the wonder of The Pennines to try to reclaim her sense of belonging.

I realised just how much I Belong Here had affected me when I read from it for my LoveReading LitFest Robinson Reviews video recommendations. I actually got choked up as I sank into the words, and had to stop for a moment before I could carry on. Anita is so open and sincere, she is also beautifully eloquent and words dance in her hand. She invited me to join her in our beautiful countryside, she examined the meanings of words, let me see nature with fresh eyes and discussed issues she has faced.

Anita is as honest with her answers for us as I expected, with all my heart I can recommend I Belong Here, it really is a powerfully beautiful read.

When did you first pick up a pen and begin to write?

I’ve been writing for as long as I can remember – it’s definitely been a vocation since childhood. From picking up crayons first to scribble single letters, then progressing to pencils and pens and joined-up handwriting – I’ve long been enchanted by the whole act of writing and remember the thrill of writing in fountain pens and ink for the first time. I kept diaries and journals throughout childhood and teens which are fun to look back on. I discovered early that writing can be a way of variously processing, exploring and immortalising the complex, painful, beautiful world in which we live.

What was your favourite book from childhood and do you still read it?

So many! It’s hard to choose one. I developed a love of reading in the free local libraries, which have been so important to encourage an appetite for reading in children from all backgrounds and not just from families who can afford to buy books. I read all the usual classic children’s books and remember being enchanted by the story of The Magic Faraway Tree by Enid Blyton and would gaze up at trees in my hometown of Manchester after reading it and wonder what wonderful worlds might be at the top of them but invisible to the human eye. A story from childhood I return to is The Happy Prince by Oscar Wilde and was so moved by the little swallow who stays around to help out – so, stories with trees, birds, and a bit of magic. There are also Indian children’s myths and folk stories I read in childhood including one about an elephant with a very long memory.

I Belong Here is a powerful and inspiring book, when and why did you decide to write it?

I was on a journey through northern England in Summer 2019 – on a TransPennine train – when a man began racially abusing me. As well as vicious expletives, he told me to ‘go back to where you’re from’ and in the book I do – I’m from the North and decided to make a journey of reclamation walking through the natural landscapes of the North, the Pennines, known as the backbone of Britain. I made the journey as a way of saying: I won’t let having been victim of a race hate crime stop me travelling freely and fearlessly in a country where I belong. The title ‘I Belong Here’ has multiple meanings: as well as something I’m saying, it’s also something nature is saying – throughout my journey nature helped me to heal but we need to care for and respect it better, and to realise that nature belongs as much to the world as humans do. ‘I belong here’ is also something the book itself is saying – for far too long the stories of marginalised people have been made to feel as if they don’t belong in books and I wanted to challenge that toxic notion. 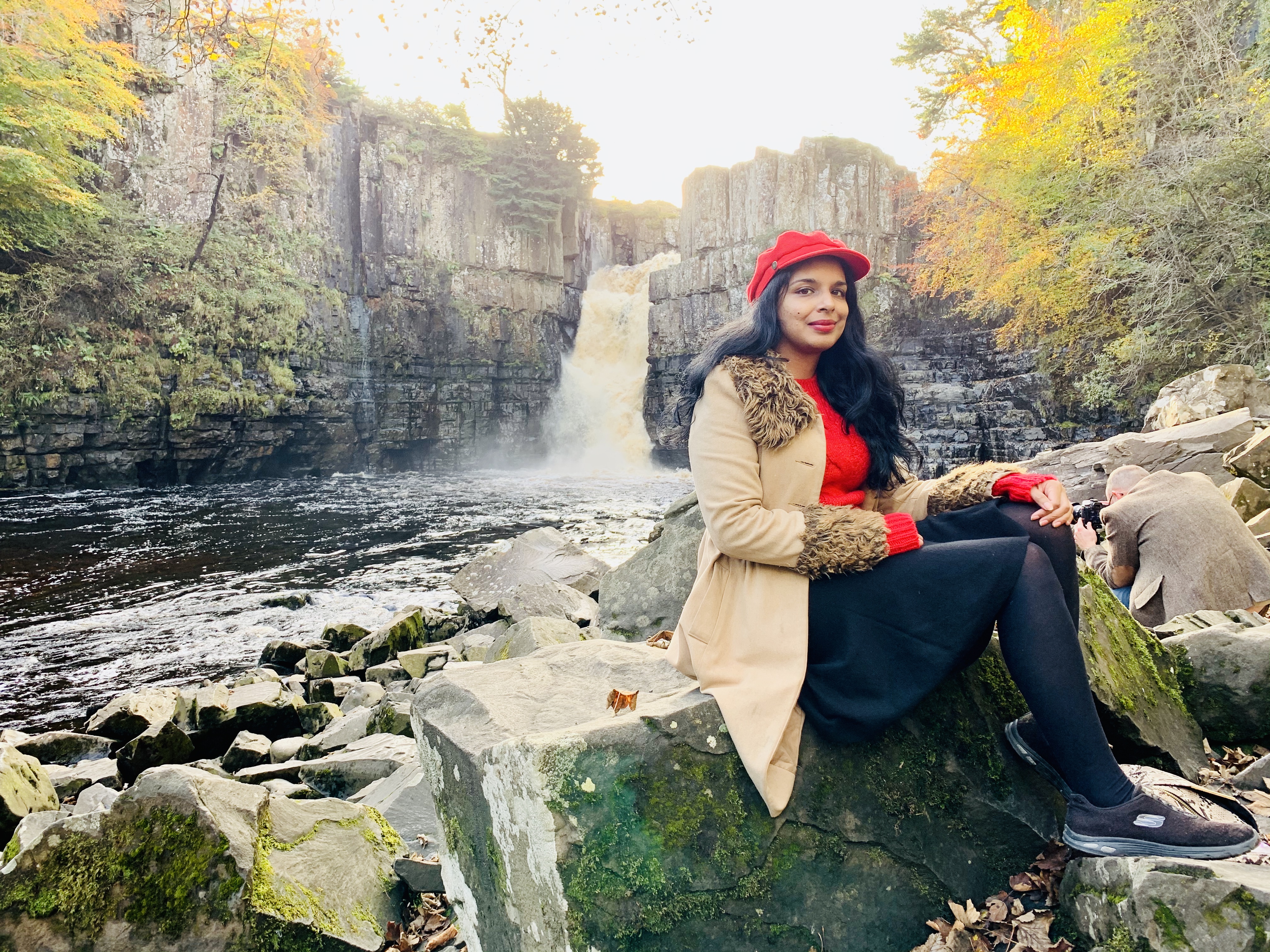 Your book is your voice and so very personal, how did it feel to release your thoughts knowing they were going out into the world?

It was terrifying as well as exhilarating! Since the book’s been published, I’ve been receiving a lot of correspondence from readers and it’s been brilliant and very moving hearing from readers and how they’ve connected with the book – I feel it’s completing the journey of the book, from my mind to the reader’s mind. If the book can help others to feel as if they also belong in our shared world, I’m happy about that. 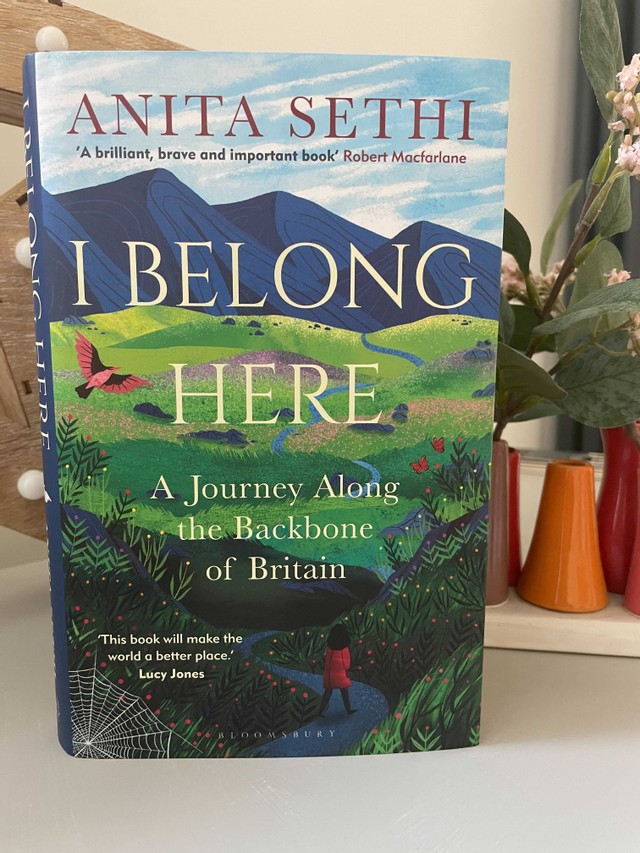 You've previously been published in anthologies and magazines, how different was publishing your debut book for you?

Those anthologies and magazines were a great stepping-stone to my first book – anthologies including Seaside Special and Seasons and I’m also a frequent contributor to various publications and among my assignments got to go birdwatching with Margaret Atwood as the setting for an interview with was amazing. Having my first book published has been thrilling – the book is like having a home for my story to belong in and it’s been so brilliant to be able to have a vessel for my voice through my debut book.

Nature and the natural landscape sing out as being important to you, why do you think that connection formed so strongly as a child?

Nature helped me to survive an often traumatic, violent and challenging childhood. Learning to focus on the nature that grew in my hometown of Manchester helped me to develop resilience – such as training my attention on the dandelions growing between the cracks of a pavement, the glory of a sunset, and the beauty of bird’s flight. Nature also taught me that I was connected to something larger than the human world; that I was part of nature and belonged here. Seeing the colours of my skin and hair, which I was bullied about, in the natural world - such as the brown of a tree bark and the black soil – also liberated me from the prejudices of other humans. 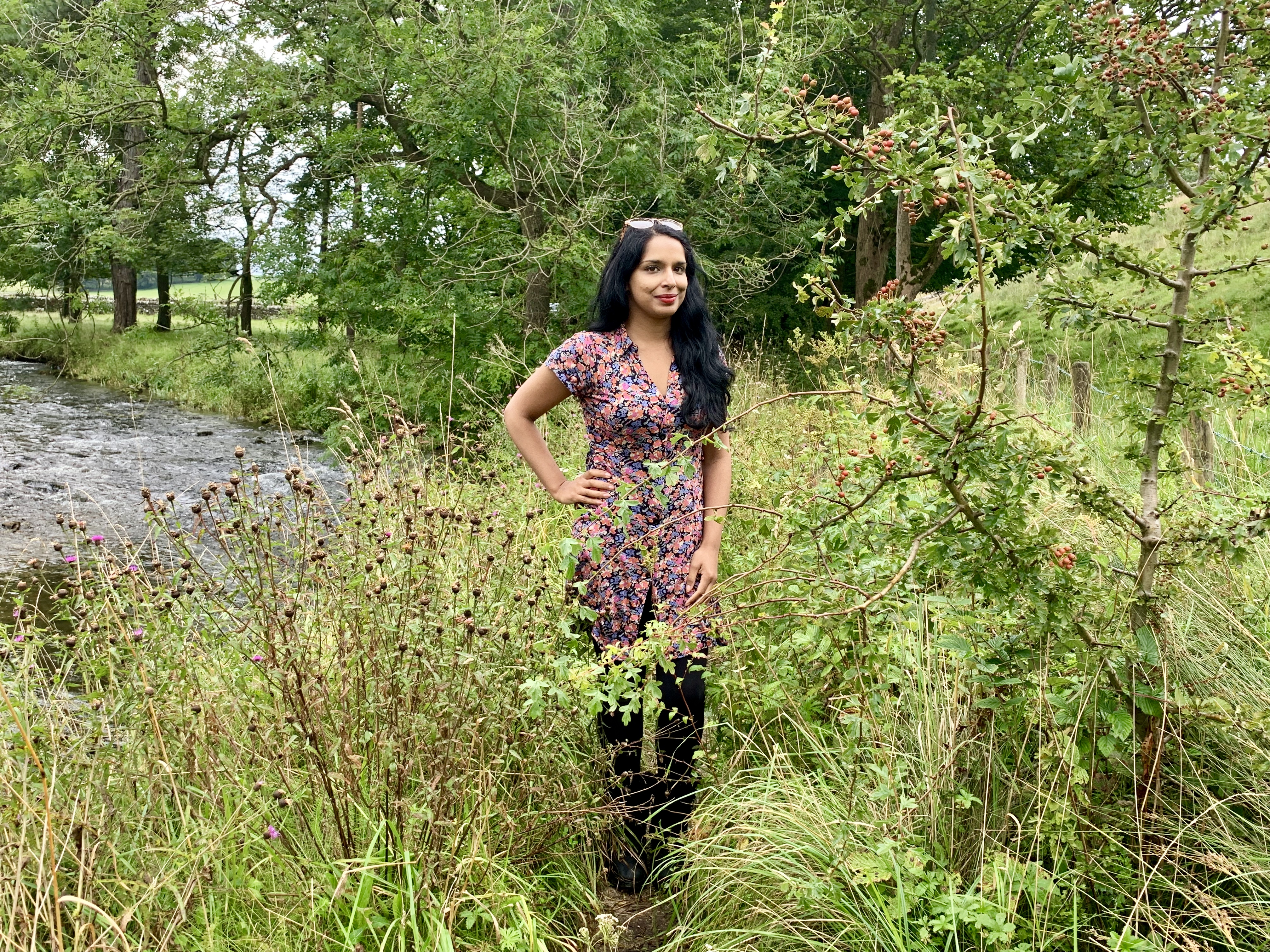 How did you feel on finishing writing your book?

Emotional! Writing the book was a journey in itself – at times challenging and painful, at times thrilling and joyful.

What books sit on your favourite book shelf?

So many! All my favourite books are in my storage space at the moment as I’m currently between places but that’s made me realise how much they live on in my heart and mind – they include books by writers such as Toni Morrison, Margaret Atwood, a lot of poetry including by Emily Dickinson, Rumi, and Yeats which is filled with nature imagery. And travel and nature writing by women who have made epic journeys such as Tracks by Robyn Davidson and Wild by Cheryl Strayed. 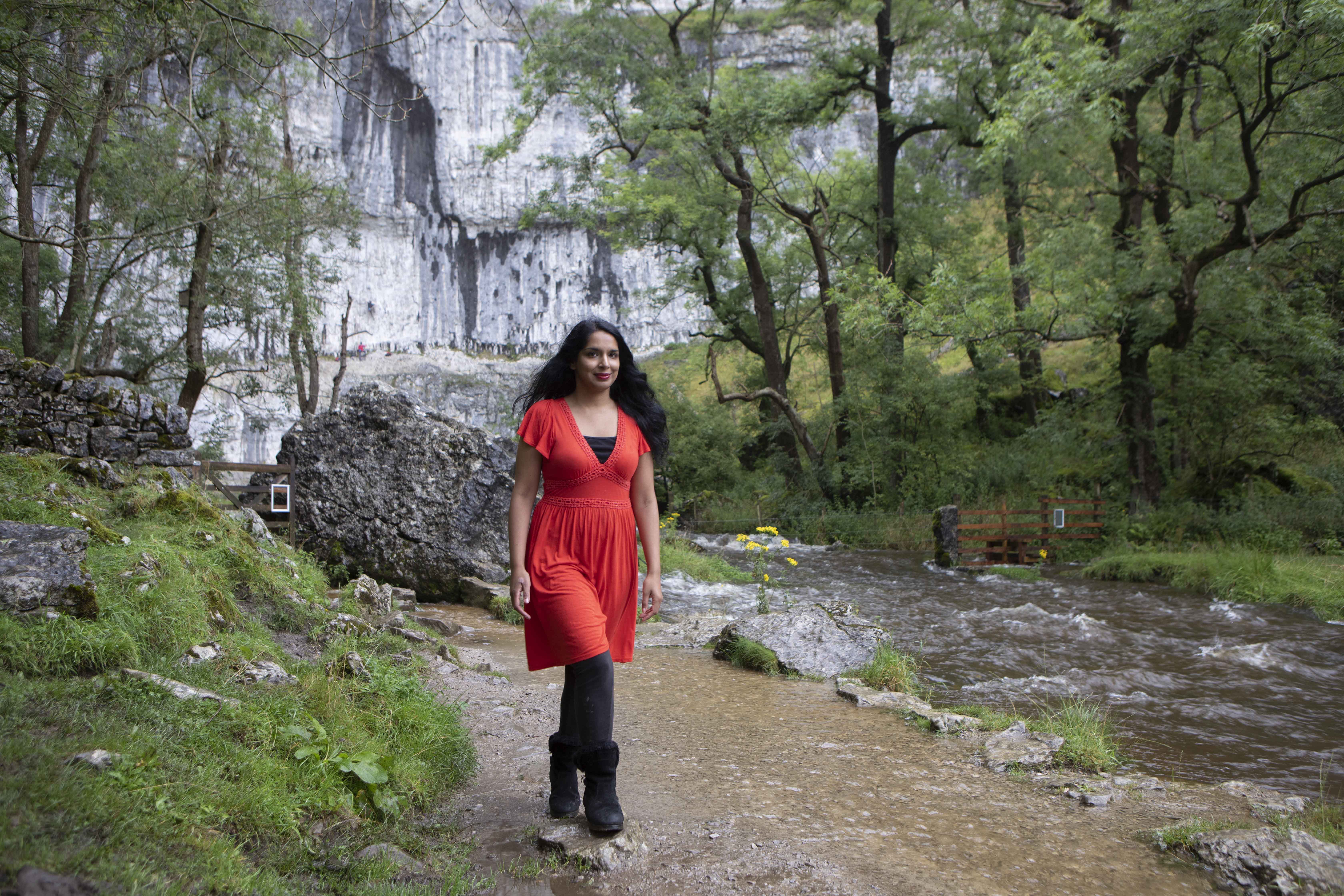 What is next for you in terms of writing?

I’m finishing off the second book in my nature writing trilogy, called Nocturne, which is exciting! The writing of it has coincided with the easing of lockdown and I write this from the seafront at Scarborough on a spectacularly sunny day – but I’ve also been revelling in getting to know the wonders of night-time in the North of England. The ending of I Belong Here was the beginning of another journey which I’m looking forward to sharing with readers in due course.

Keep up to date with Anita Sethi here:

If you enjoyed this, take a look at our other 'Author Talk' blog posts.