Wild A Journey from Lost to Found

LoveReading View on Wild A Journey from Lost to Found

With life feeling empty and without direction after her mother’s death and family breakup, Cheryl Strayed set off on an epic 1,100 mile journey down the West coast of America hoping to heal the hurt and find a new direction in life. The film version starring Reece Witherspoon about to be released, the book of Cheryl Strayed’s epic journey has been reissued in this new paperback edition.

The film version of Wild is released in UK cinemas on Friday 16 January 2015. Click below to view the trailer.

Wild A Journey from Lost to Found Synopsis

At twenty-six, Cheryl Strayed thought she had lost everything. In the wake of her mother's rapid death from cancer, her family disbanded and her marriage crumbled. With nothing to lose, she made the most impulsive decision of her life: to walk eleven-hundred miles of the west coast of America - from the Mojave Desert, through California and Oregon, and into Washington state - and to do it alone. She had no experience of long-distance hiking and the journey was nothing more than a line on a map. But it held a promise - a promise of piecing together a life that lay in ruins at her feet. 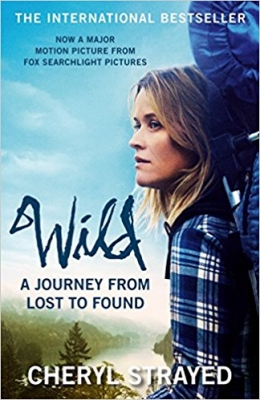 Cheryl Strayed is the author of the critically acclaimed novel Torch, the huge New York Times-bestselling memoir Wild and the collection of essays Tiny Beautiful Things: Advice on Love and Life from Someone Who's Been There. Her work has appeared in numerous magazines and journals, including The New York Times Magazine, The Washington Post Magazine, Allure and The Rumpus. She lives in Portland, Oregon.   Author photo © Joni Kabana 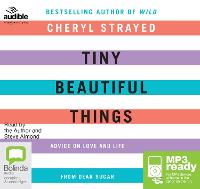 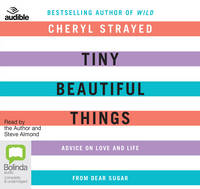 View All Books By Cheryl Strayed