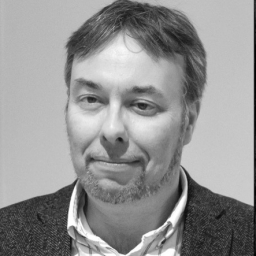 Originally from North Yorkshire, John Holroyd studied philosophy, theology and religious studies at King’s College, London in the 1980s. He has since taught religious studies and philosophy in both state and independent schools and was Head of Religious Studies at St. Dunstan’s College in south London for over twenty years. He currently lectures at the London School of Philosophy and teaches philosophy for the Workers’ Educational Association. He has published articles with Philosophy Now magazine and The Ethical Review.

There is good reason why some people don't want to talk about religion in polite company. Like conversations about politics, discussions about religion all too often set people at odds with each other in ways that are hard to predict and difficult to control. For all the controversy involved with such debate, this book invites the reader to engage with an ethical appraisal of religion(s) as they are practised today. It is written in the belief that this is an important dialogue for our time. It claims, despite the emotive character of the subject, that the free exchange of ideas and experience between people of differing views and commitments can with practice generate more light than heat. Particular effort is made to answer the question: how can we fairly evaluate the ethical character of religion(s)? It focuses especially but not at all exclusively on the religions of Christianity and Islam, being critical of them in many respects; but it also offers sharp rebuke to some of the perspectives of Richard Dawkins and others among the new atheists.

Other books by John Holroyd

Observations on the Manufactures, Trade, and Present State of Ireland. by John Lord Sheffield